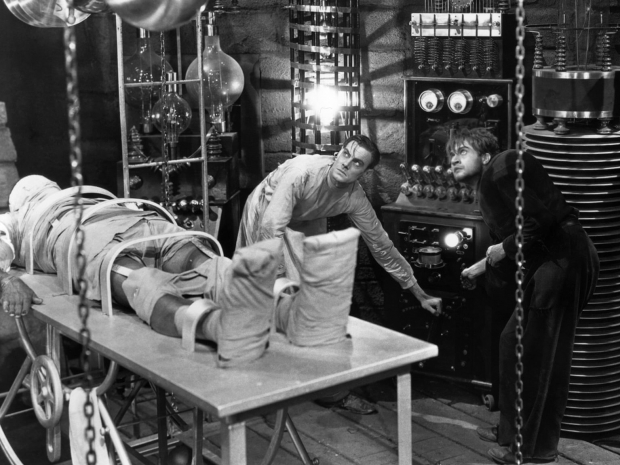 A team of boffins claims to have seen the formation of a self-emergent machine as stem cell-derived neurons grew toward muscle cells in a biohybrid machine, with neural networks firing in synchronous bursting patterns.

In a paper published in APL Bioengineering, the authors claimed to have  captured many of the mechanisms at work where neurons and muscles are cocultured. Using a platform they designed, which holds a suspended neurosphere and several types of muscle cells in different compartments, their work is the first to report a 3D neuromuscular junction in an open platform with multiple muscles.

Author Taher Saif said: "The most impactful result is the emergence of a machine where actuators (muscles) emerge from a droplet of a mixture of cell-extracellular matrix, where neurons form a network all by themselves.

"It is where neurons reach out to the muscles to form neuromuscular junctions, resulting in a machine that we can operate by shining light, and yet we do not understand with certainty how all of this happened."

For those who came in late, neuromuscular junctions are the source of motor activity, with motor neurons firing to cause muscles to contract. In tiny biorobots using muscle cells as actuators, the ability to tune parameters would allow more precise designs with desirable characteristics and predictable behaviour.

Saif said: “"This stage can be compared to the time of Wright brothers trying to fly when potential applications were far and away. The field of biohybrid robots is trying to explore whether machines can at all be made with living cells and scaffolds, what are the scaling laws, and what are the minimum conditions for their emergence."

"This is a new design paradigm for biological machines, such as biohybrid robots. Here, the bidirectional interactions emerge and take their own course. If we can understand these interactions, we will be able to guide and modulate them to optimise outcomes, such as high muscle force or synchrony in neuron firing", he said.