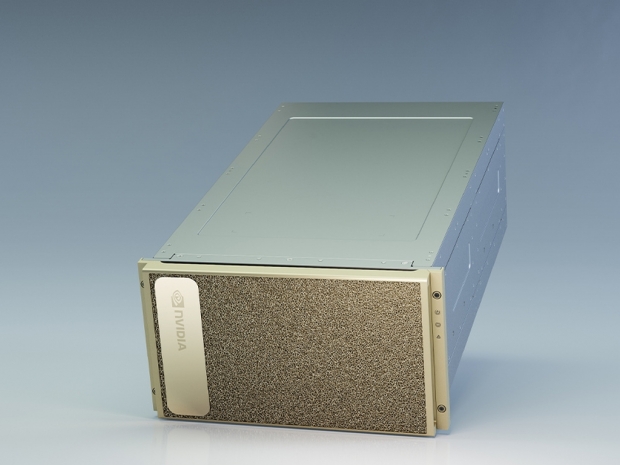 At its digital GPU Technology Conference 2020 which kicked off today, Nvidia officially announced the new Amper architecture based GA100 GPU, including the A100 Tensor Core GPU which will be a part of the DGX A100 AI System, and it appears that that same system will be powered by none other than two AMD EPYC CPUs.

Since the A100 Tensor GPU supports PCIe Gen 4 interface, it is not a big surprise that Nvidia went for the AMD platform, especially considering that EPYC 7742, based on Zen 2 Rome architecture, packs 64-cores and 128-threads per CPU, and the Nvidia DGX A100 has two of those CPUs.

Packed in a 6U form factor, the DGX A100 can push 5 petaFLOPs of AI and 10 petaOPS of INT8 compute performance with eight Nvidia A100 Tensor Core GPUs, six Nvidia NVSwitches, and 320GB of total VRAM. 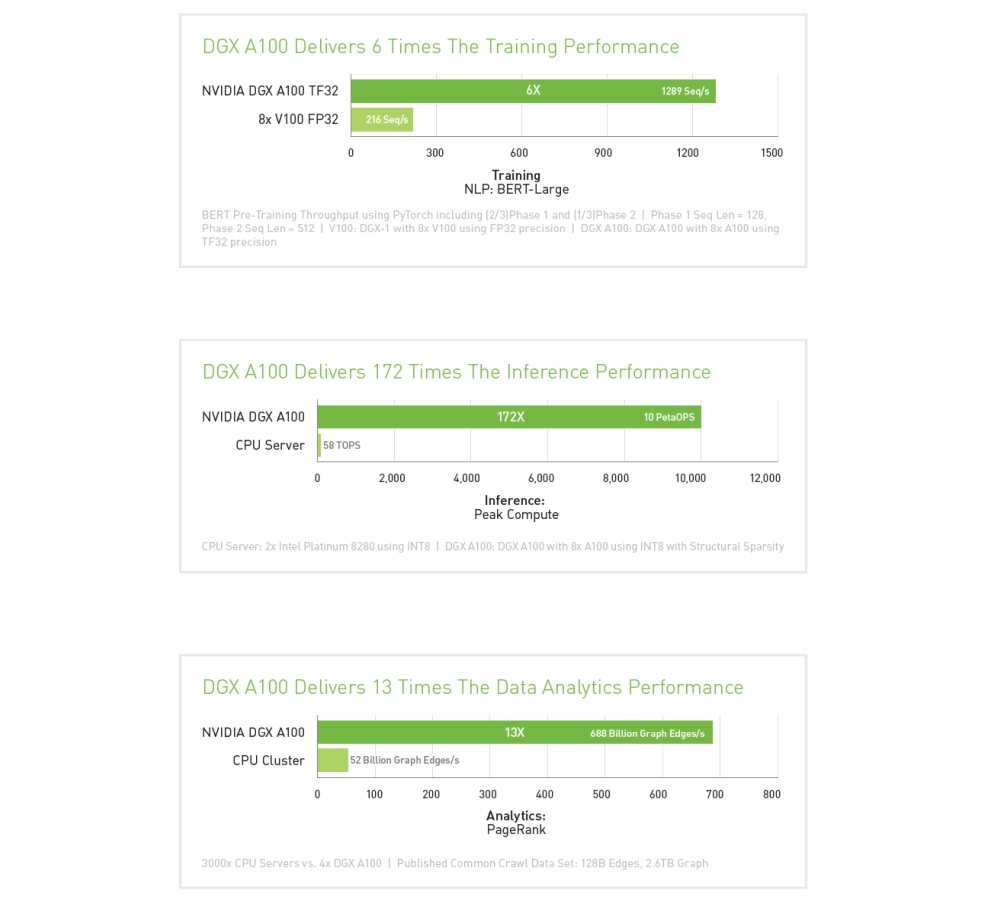 As we wrote earlier, the DGX A100 should be immediately available and shipping worldwide, with the first customer being the U.S. Department of Energy’s (DOE) Argonne National Laboratory. It starts at $199,000, which is not a big surprise considering it packs some serious equipment.

Last modified on 15 May 2020
Rate this item
(0 votes)
Tagged under
More in this category: « Nvidia unveils the A100 Tensor Core GPU Xilinx takes you up to space, powers satellites and Mars Rovers »
back to top