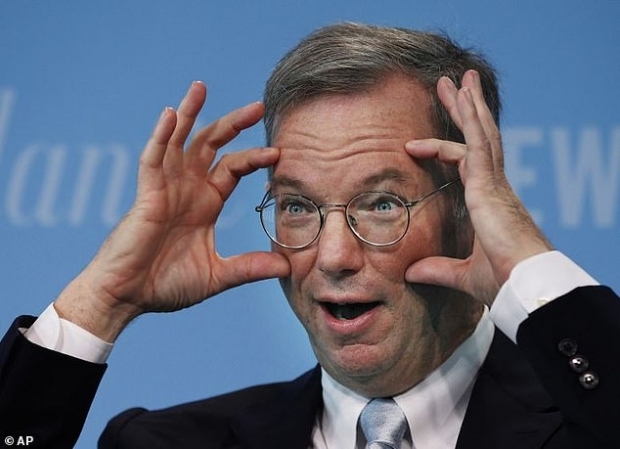 We need to call in our Asian friends to help out

China's capabilities in artificial intelligence are "much closer than I thought" to catching up to the US, former Google chief executive Eric Schmidt told Nikkei Asia.

He said that America would face a good kicking unless Japan and Korea help out, which, given US history with both those countries, is somewhat ironic.

Schmidt, now chair of the National Security Commission on Artificial Intelligence, said China was closing in on the US in certain areas of AI and quantum computing -- faster than his previous estimate of "a couple of years." That's a really, really big deal", he said.

Schmidt stepped down as executive chair of Google parent Alphabet in 2018. He was nominated as the committee chair in 2019 to make AI-related policy recommendations to the US president and Congress.

The commission's final report, released in March, warned that "if the United States does not act, it will probably lose its leadership position in AI to China in the next decade and become more vulnerable to a spectrum of AI-enabled threats from a host of state and non-state actors."

To win the tech competition with China, the US had to maintain its lead in "strategic" areas such as AI, semiconductors, energy, quantum computing and synthetic biology, Schmidt said. And for that, he said: "We need much closer relationships with Japanese researchers, Japanese universities, Japanese government -- the same thing for South Koreans and same thing for Europeans."

Last modified on 21 July 2021
Rate this item
(1 Vote)
Tagged under
More in this category: « New York Times wades into Watson How to really mess with an AI’s brains »
back to top