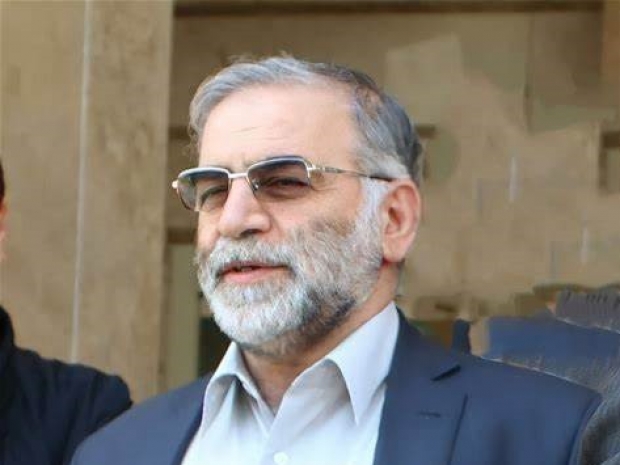 For 14 years Israel had wanted to kill Iran's chief military nuclear scientist and the father of its weapons programme, and last November it used a robotic AI machine gun to do it, according to the New York Times.

In 2004, the Israeli government ordered its foreign intelligence agency, the Mossad, to prevent Iran from obtaining nuclear weapons, and gave it permission to carry out  sabotage and cyberattacks on Iran's nuclear fuel enrichment facilities.

It was apparently allowed to murder whoever it liked and took out five Iranian nuclear scientists and wounded another.  It was also methodically picking off the experts thought to be leading Iran's nuclear weapons program. Since 2007, its agents had assassinated five Iranian nuclear scientists and wounded another. Most of the scientists worked directly for Mohsen Fakhrizadeh Mahabadi on what Israeli intelligence officials said was a covert programme to build a nuclear warhead.

Israeli agents had also killed the Iranian general in charge of missile development and 16 members of his team.

However the agents had a devil of a job murdering Mahabadi who appeared to be keeping his head down and apparently did not want to be murdered. So Mossad upped its game using technology that James Bond would have been proud of, if the British spooks could assassinate who they liked.

The New York Times seems a little too enthusiastic about describing what is essentially a crime.

“Iranian agents working for the Mossad had parked a blue Nissan Zamyad pickup truck on the side of the road connecting Absard to the main highway. The spot was on a slight elevation with a view of approaching vehicles. Hidden beneath tarpaulins and decoy construction material in the truck bed was a 7.62 mm sniper machine gun.

“The assassin, a skilled sniper, took up his position, calibrated the gun sights, cocked the weapon and lightly touched the trigger. He was nowhere near Absard, however. He was peering into a computer screen at an undisclosed location more than 1,000 miles away. Cameras pointing in multiple directions were mounted on the truck to give the command room a full picture not just of the target and his security detail, but of the surrounding environment”, Apple's favourite newspaper enthused.

The time it took for the camera images to reach the sniper and for the sniper's response to reach the machine gun, not including his reaction time, was estimated to be 1.6 seconds, enough of a lag for the best-aimed shot to go astray.

The AI was programmed to compensate for the delay, the shake and the car's speed.

“Ultimately 15 bullets were fired in less than 60 seconds. None of them hit Fakhrizadeh's wife, who was seated just inches away”, enthused the Times.

The remote-controlled apparatus "was smuggled into the country in small pieces over several months", reports the Jerusalem Post, "because, taken together, all of its components would have weighed around a full ton."

One new detail in the report was that the explosives used to destroy evidence of the remote-gun partially failed, leaving enough of the gun intact for the Iranians to figure out what had happened and probably reverse engineer the technology which it can hand on to its chums in Hezbollah.

Last modified on 20 September 2021
Rate this item
(5 votes)
Tagged under
More in this category: « AI based job software is making huge mistakes Oracle automates digital marketing »
back to top