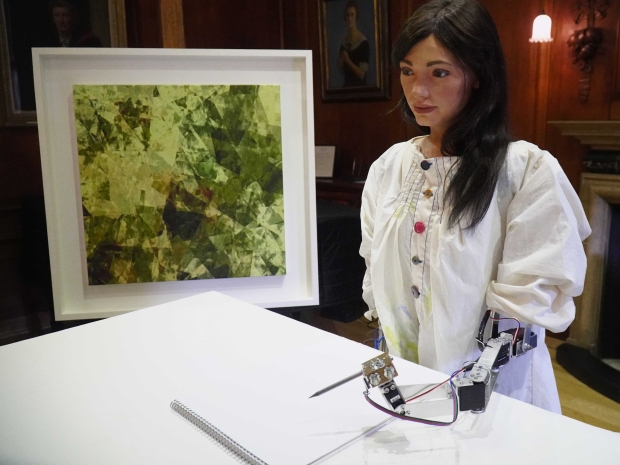 Egypt cracks down on robot artist

The Egyptian government detained a robot artist claiming that "she" was a spy.

Ai-Da — the world's first ultra-realistic robot artist  was supposed to attend an exhibition in Egypt when Egyptian security forces detained her at customs.

Ai-Da is due to open and present her work at the Great Pyramid of Giza, the first time contemporary art has been allowed next to the pyramid in thousands of years.

However the Egyptian government was convinced that “she” and her work are  part of a wider espionage plot.

Ai-Da and her sculpture were held in Egyptian customs for 10 days before being released on Wednesday, sparking a diplomatic fracas.

According to Aidan Meller, the human force behind Ai-Da, border guards detained Ai-Da at first because she had a modem, and then because she had cameras in her eyes which she uses to draw and paint. "I can ditch the modems, but I can't really gouge her eyes out", he said.

She was finally cleared through customs hours before the exhibition was due to start, with the British embassy in Cairo saying they were "glad" the case had been resolved.

Meller, an Oxford gallerist, said he always hoped his project would prompt debate about the rapid rise of AI technology.

"She is an artist robot, let's be really clear about this. She is not a spy. People fear robots, I understand that. But the whole situation is ironic, because the goal of Ai-Da was to highlight and warn of the abuse of technological development, and she's being held because she is technology. Ai-Da would appreciate that irony, I think."