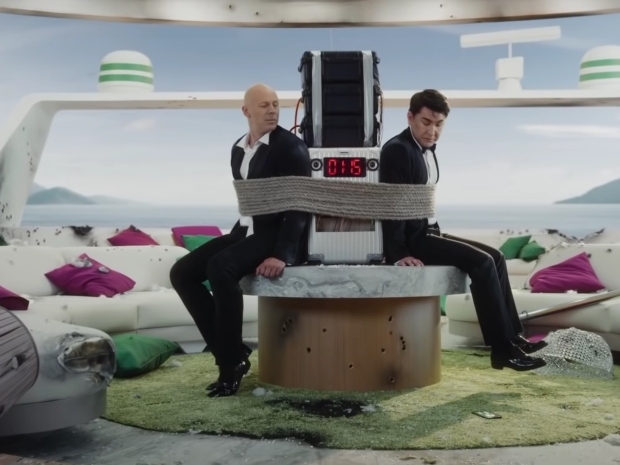 Bruce Willis's agent has denied reports that the film star has sold the rights to his face after it was reported that he flogged his face to a Russian deepfake company called Deepcake.

Willis announced his retirement from acting in March after being diagnosed with aphasia, a disorder that affects speech.

On 27 September, the Daily Mail reported that a deal had been struck between Willis and Deepcake. It claimed that he could still appear in movies after selling his image rights to Deepcake.

A deepfake of Bruce Willis was used to create an advert for Megafon, a Russian telecoms company, last year and the tech used in the advert was created by Deepcake, which describes itself as an AI company specialisng in deepfakes.

Deepcake told the BBC it had worked closely with Willis' team on the advert.

"What he definitely did is that he gave us his consent (and a lot of materials) to make his Digital Twin," they said.

The company says it has a unique library of high-resolution celebrities, influencers, and historical figures.

The neural network was trained on the content of Die Hard and Fifth Element, so my character is similar to the images of that time.

However, Willis's agent told the BBC, "Please know that Bruce has no partnership or agreement with this Deepcake company."

A statement from Deepcake, the company said reports that it had bought the rights to Bruce Willis's face were inaccurate.

"The wording about rights is wrong… Bruce couldn't sell anyone any rights, they are his by default," a representative for the company said.

The confusion highlights just how new this technology is - and the lack of clear rules around it.

AI replacement appears to be a growing trend. Darth Vader actor James Earl Jones has recently retired from playing the famous character, but his voice has carried on. Respeecher, another AI firm, has reportedly used archival materials and a proprietary algorithm to replicate the Vader vocals.

More in this category: « Tesla Bot as pointless and over hyped as anything else Musk has done AI can improve batteries which will never see the light of day »
back to top