Intel to announce Basin Falls and Coffee Lake ahead of schedule 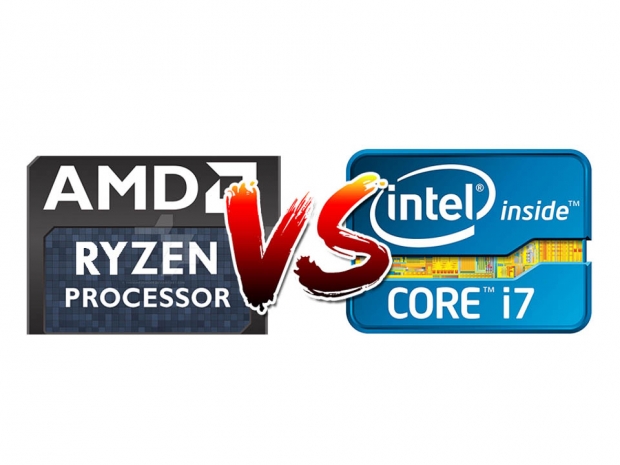 According to the latest information from Taiwan-based PC vendors, Intel has decided not to risk increased market demand coming from AMD’s Ryzen 5 and 7 series processors. The company’s upcoming Coffee Lake series processors, based on yet another 14nm process node and built for the Z300-series chipset, have now been pushed forward from an original CES 2018 announcement to August 2017.

As reported by BenchLife a few days ago, Intel’s Coffee Lake-S desktop series will include six-core, twelve-thread processors, while the 300-series chipset (Coffee Lake / Cannonlake) integrates support for up to six USB 3.1 capable ports and includes integrated 802.11ac Wi-Fi.

Skylake-X arrives at the end of June

Intel’s Basin Falls platform, which includes the long-anticipated X299 chipset based on socket LGA 2066, will be announced at the E3 2017 game show in June, with an official release scheduled for the end of the month. This platform includes support for Skylake-X and Kaby Lake-X series processors, which should release during the same timeframe and will include maximum TDPs of 140W and 112W, respectively.

Last month a few retailers began selling the AMD’s Ryzen 5 chips to customers three weeks before their official launch on April 11th. The Ryzen series marks the first real competition Intel has had in nearly ten years since the introduction of its first Core 2 Quad processors, signaling a shift on the end of the blue team’s monopoly over the x86 market.

As we wrote in February, Intel’s 10nm chip delay  - aka “Cannonlake” - has been another barrier to getting out of the current innovation slump. For the most part, Intel has been focused on developing multiple variants of a chip to target different price points. Moreover, the yield rates that Intel achieves with its manufacturing processes will directly affect the chip cost structure. If the wafer cost for 10nm and 14nm chips is fixed, for example, then the cost of the chips will depend on how many it can produce from a single wafer.

If Ryzen sales succeed by the time Cannonlake is released, the modern David versus Goliath battle that has emerged between AMD and Intel will have long standing consequences for the cost structure of each company’s chip lineups. Of course, AMD is already preparing some opposition in Q3, when it will announce a top-end 16-core Ryzen processor based on the AMD X399 platform – a nice play on numbers that hopefully reinforces the idea that higher numbers are not necessarily the top performance parts, unless AMD emerges victorious. The next few quarters in the high-end desktop market are going to be an interesting play on who can get the highest instructions per clock and win over the most consumers on the now-aging 14nm process node.

Last modified on 20 April 2017
Rate this item
(0 votes)
Tagged under
More in this category: « Gigabyte makes cash from server boards Biostar launches two mini-ITX AM4 motherboards »
back to top