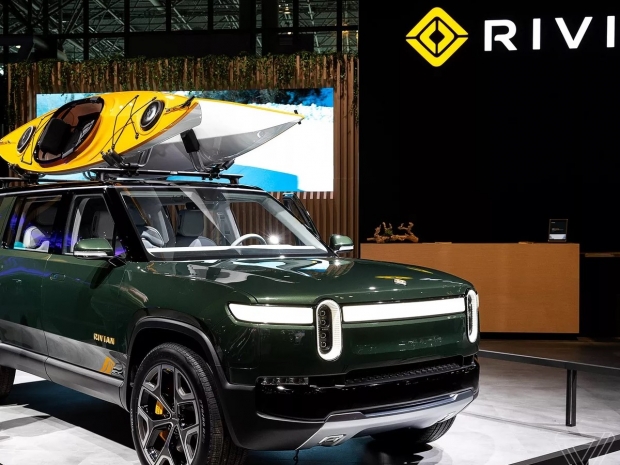 Ford and its luxury brand Lincoln have cancelled an all-electric SUV that was going to be powered by technology provided by EV startup Rivian.

Lincoln says it is still working closely with Rivian, including an "alternative vehicle" that will also be based on Rivian's electric vehicle skateboard platform

"Given the current environment, Lincoln and Rivian have decided not to pursue the development of a fully electric vehicle based on Rivian's skateboard platform. Our strategic commitment to Lincoln, Rivian and electrification remains unchanged and Lincoln's future plans will include an all-electric vehicle", a spokesperson from Lincoln said.

Lincoln declined to say what specifically about the pandemic led to the cancellation.  It might just be it thinks that after the pandemic is over, people are going to be less keen on driving a four wheel drive battery powered tank to the supermarket or take their kids to school.

"This was a decision that was mutually made by Lincoln and Rivian given the rapidly changing environment and after a review of product plans," the spokesperson said. "As we moved through the development cycle, we determined that it would be better to pivot from the Rivian's skateboard platform and focus our development efforts on Lincoln's own fully-electric vehicle."

CNBC reports that Ford "lost $632 million during the first quarter and warned investors that it expects an adjusted pretax loss of $5 billion during the second quarter as the company grapples with the fallout from the coronavirus pandemic that's shuttered factories and devastated sales".

Last modified on 29 April 2020
Rate this item
(1 Vote)
Tagged under
More in this category: « Lockdown boosting robot deliveries Tesla’s full self-driving will be available as a monthly subscription »
back to top