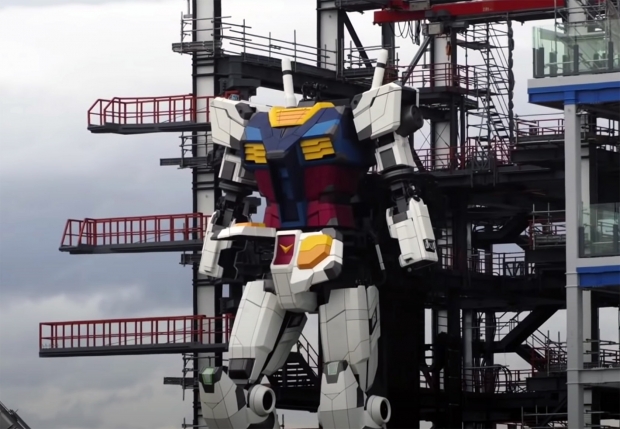 Ready to take on Godzilla

The Japanese have been building a 60 foot tall robot and it has apparently taken its first steps.

The huge Gundam robot—a appears in some 50 TV series and movies since 1979, not to mention a slew of video games and manga.

Its home for the next year is the Port of Yokohama, just south of Tokyo.

According to Popular Mechanics, the giant Gundam can pick up objects  puts down its legs and rotates its massive torso. The only thing that's missing at the moment is the head.

The idea is that the completed 25-ton robot will walk. Weight was major problem for the Robot.

Jun Narita, head of design, explains that special considerations about the types of material and motors had been taken into account because otherwise one hand could weigh as much as 1,300 pounds.

More in this category: « Tesla complains of staff poaching Self-flying plane flies through testing »
back to top