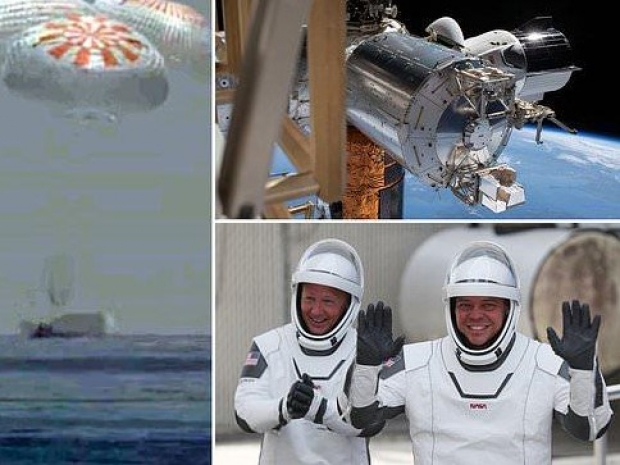 Bored while waiting for pick up after splash down

NASA's Doug Hurley and his crewmate Bob Behnken had a satellite phone at their disposal after splashdown on Sunday.

At a press conference later that day, Hurley said that they were bobbing around in the ocean with nothing to do so thought they would play around with the satellite phone.

Apparently they called everyone they could think of as the satellite phone bill would go to SpaceX founder Elon Musk, who was sitting nearby as they said it.

Hurley and Behnken didn't elaborate on the content of the prank calls, but it was probably ordering a pizza, telling President Trump that the world was flat, or his latest medical advisor that they had contracted space alien demons.