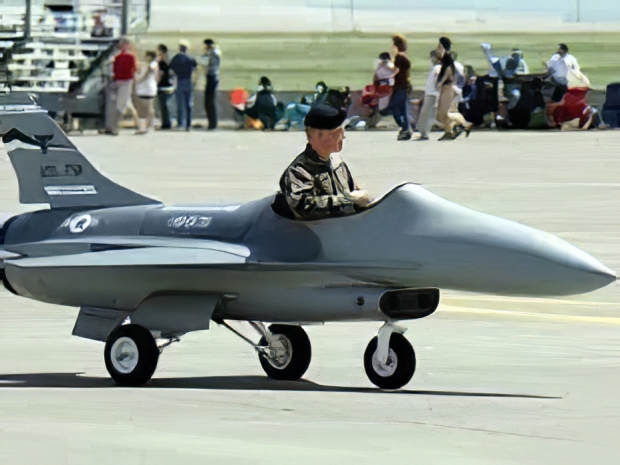 The US Air Force revealed this week that it has secretly designed, built, and tested a new prototype fighter jet faster and better than anyone has seen since WW2.

The fighter, about which no one knows anything has already flown and “broken records”.

The Air Force’s head of acquisition, Will Roper, made the announcement in an exclusive interview with Defense News, in conjunction with the Air Force Association’s virtual Air, Space, and Cyber Conference.

The Air Force built the new fighter under its Next Generation Air Dominance (NGAD) program, which aims to build a jet that would supplement, and perhaps even replace, the Lockheed Martin F-22 Raptor.

The Air Force developed the new fighter in about a year—a staggeringly short amount of time by modern standards. The Air Force first developed a virtual version of the jet, and then proceeded to build and fly a full-sized prototype, complete with mission systems. This is in contrast to the F-35 Joint Strike Fighter.

That means it took the Air Force just one year to get to the point with NGAD fighter that it reached in 10 years with the F-35. This is the "record" the Air Force claims the new plane is smashing, and it's probably right.

It is not clear if a defence contractor designed and prototyped the new jet, though it's almost certainly one of the big aerospace giants (Lockheed Martin, Northrop Grumman, and Boeing) but really it has been created in secret.

The most interesting, and perhaps revolutionary, thing about NGAD is that the Air Force developed and built it in just one year. The world hasn’t seen such a short development time since World War II. In fact, the trend has been for fighters to require longer, more expensive development times as technology becomes more complex—particularly with the adoption of stealth.

Last modified on 17 September 2020
Rate this item
(3 votes)
Tagged under
More in this category: « Daimler and Mercedes-Benz pay $1.5 billion fine Aiways taking online orders for all electric SUV »
back to top