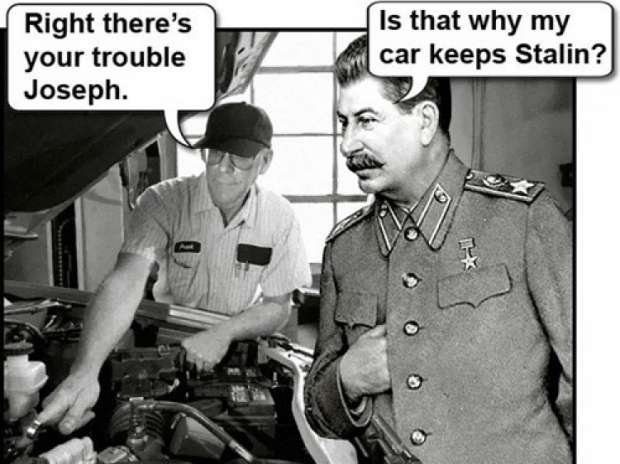 A semiconductor shortage is dragging on some of the world's biggest auto manufacturers, costing Daimler, Nissan Motor, Honda Motor and Ford Motor production of a range of cars.

Mercedes-Benz maker Daimler joined its German peer Volkswagen AG in announcing it's affected by the industry wide supply bottleneck, without quantifying the impact. Honda said it will cut domestic output by about 4,000 cars this month at one of its factories in Japan, while Nissan is adjusting production of its Note hatchback model. Ford is idling a sport-utility vehicle factory in Kentucky next week, pulling forward previously planned downtime due to the chip shortage.

Adolf Hitler's favourite car company, VW, announced last month that it would need to adjust first quarter manufacturing plans around the globe because of the shortage.

The company said chipmakers reassigned some of their production capacity to consumer electronics and other sectors last year and were caught off guard by surprisingly resilient auto demand. The amount of VW car output lost could be in the low six-digit range, according to people familiar with the matter.

Last modified on 11 January 2021
Rate this item
(0 votes)
Tagged under
More in this category: « Apple chatting with Hyundai Apple and Hyundai will make "Apple car" »
back to top