Microchip with wings is the smallest flying structure 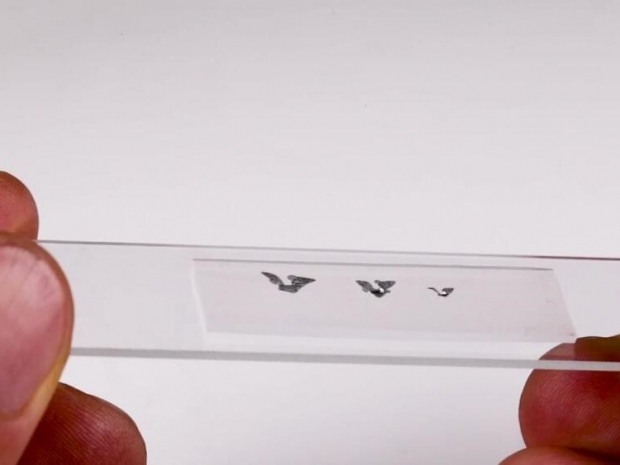 Small as a sand grain

A winged microchip, the size of a sand grain, is being billed as the smallest ever human made flying structure.

According to Nature magazine, the tiny microfliers, designed by engineers at Northwestern University are intended to be carried by the wind and monitor pollution levels or the spread of airborne diseases.

The motorless devices use the same technology as a maple tree’s free-falling propeller seeds, so they don’t need a motor.

Northwestern professor of materials science and engineering John A. Rogers said his team optimised the aerodynamics of the microfliers so that “as these structures fall through the air, the interaction between the air and those wings cause a rotational motion that creates a very stable, slow falling velocity.”

“That allows these structures to interact for extended periods with the ambient wind that enhances the dispersal process,” said, biomedical engineering and neurological surgery.

The wind would scatter the tiny microchips, which could sense their surrounding environments and collect information.

The scientists say they could potentially be used to monitor for contamination, surveil populations or even track diseases. Their creators foresee microfliers becoming part of “large, distributed collections of miniaturised, wireless electronic devices”.