Blue Origin "is not a good place to work" 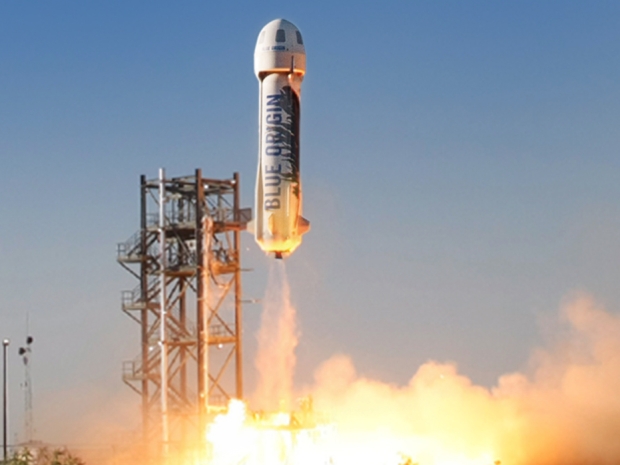 They really don’t care about the planet

A former communications executive at Blue Origin and 20 other current and former employees have written a nasty essay about the company's culture, citing safety concerns, sexist attitudes, and a lack of commitment to the planet's future.

"In our experience, Blue Origin's culture sits on a foundation that ignores the plight of our planet, turns a blind eye to sexism, is not sufficiently attuned to safety concerns, and silences those who seek to correct wrongs", the essay authors wrote.

"That's not the world we should be creating here on Earth, and certainly not as our springboard to a better one." Published on the Lioness website, the essay is signed publicly by only Alexandra Abrams, who led employee communications for the company until she was terminated in 2019.

The other signatories, a majority of whom were engineers, declined to publicly disclose their names because they did not want to jeopardize employment at Blue Origin or harm their prospects in the aerospace industry for other jobs.

Many of the essay's authors said they would not feel safe flying on a Blue Origin vehicle. And the anecdotes of sexism and an unhealthy work culture are vivid.

"Former and current employees have had experiences they could only describe as dehumanising, and are terrified of the potential consequences for speaking out against the wealthiest man on the planet. Others have experienced periods of suicidal thoughts after having their passion for space manipulated in such a toxic environment. One senior program leader with decades in the aerospace and defence industry said working at Blue Origin was the worst experience of her life."

While the essay has been penned by angry workers, most hacks who spoke to their deep throats in the company found that there was a common agreement.

The essay authors wrote , "Professional dissent at Blue Origin is actively stifled. Smith personally told one of us to not make it easy for employees to ask questions at company town halls -- one of the only available forums for live, open discussion."

These town halls are typically moderated so that employees cannot directly ask questions of Smith.

In one infamous exchange, there were apparently so few substantive questions Smith was willing to answer that the moderator resorted to asking Smith what his favoुrite ice cream was. "Sorbet", Smith answered.

Another example of unwelcome management tactics cited in the essay was Bezos' decision, after the Supreme Court ruling in the Epic Systems arbitration case, to force employees to sign away their right to resolve employment disputes in court. Sources confirmed to Ars that they were indeed faced with the choice of signing such an onerous contract or realizing they would eventually have to leave Blue Origin. It seemed grossly unfair.

In response, Blue Origin went on the attack claiming: "Abrams was dismissed for cause two years ago after repeated warnings for issues involving federal export control regulations. Blue Origin has no tolerance for discrimination or harassment of any kind. We provide numerous avenues for employees, including a 24/7 anonymous hotline, and will promptly investigate any new claims of misconduct."

Last modified on 01 October 2021
Rate this item
(2 votes)
Tagged under
More in this category: « Rolls-Royce will be totally electric by 2030 Qualcomm and SSW Partners reach definitive agreement to acquire Veoneer »
back to top