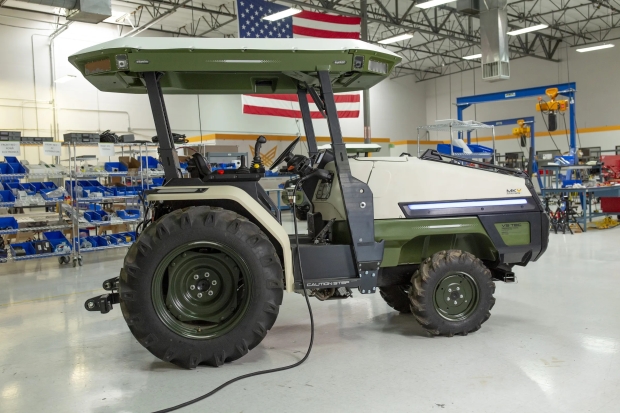 The farming world is finally going to get its share of industry 2.0 with a range of AI powered farming vehicles.

Monarch Tractor, an electric smart tractor company, says its first AI-powered farming vehicles, dubbed the MK-V, are rolling off the production line. It uses Nvidia’s Jetson edge AI platform to perform agricultural tasks with or without a driver behind the wheel.

Each MK-V uses six of the Jetson Xavier NX system-on-modules that enable them to navigate fields using only cameras, which Penmetsa says is crucial for safety since agricultural environments may not have GPS signals. The visual environment is taken in by two 3D cameras plus six standard ones.

According to a joint statement from Nvidia and Monarch the tractor collects and analyses crop data daily and can process data from current and next-generation implements equipped with sensors and imaging. This data can be used for real-time implementation adjustments, long-term yield estimates, current growth stages, and other plant and crop health metrics.

Many tractors in farming fields have semiautonomous modes but largely require a driver to be seated with a piece of straw between their teeth. They mostly run on diesel gas, so the MK-V, with its fully electric design is claiming it’s the first production model of its kind.