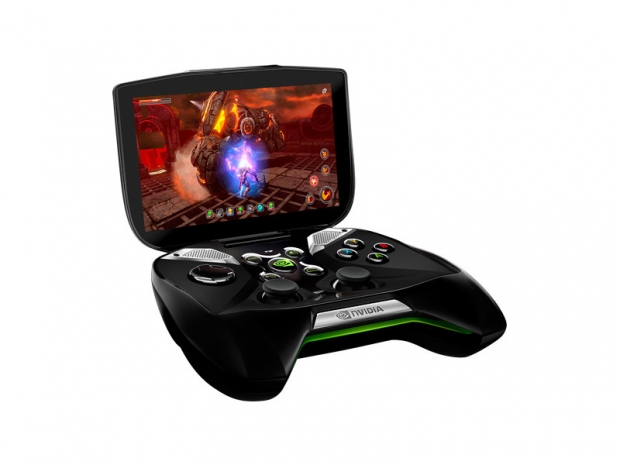 Right next to Shield console

Our eagle eyed colleagues have spotted a new devices that is coming from Nvidia, and this might be the first hint of a Shield portable successor.

Nvidia is working on new Shield portable products and this comes as no surprise, since the company is really pushing hard with its GRID gaming. We would expect that there might be a second generation Shield tablet coming too, but there is still no confirmation. Nvidia wants to start charging for its GRID gaming this summer and the Netflix-like business model, all-you-can-eat gaming, is supposed to start this summer.

The recent announcement of the Shield console, a Tegra X1 home entertainment and gaming device, raised suspicions that there might be a Shield tablet or portable Shield console based on the new Tegra X1 too. From what we know, the Tegra X1 might have the fastest graphics core around and Nvidia should be able to fit it in Tablet 5W TDP power envelope. It is safe to assume that just like the first generation Shield portable, the successor might come with a fan too, in order to keep that powerful chip cool under load. The device is listed at the Bluetooth Special Interest Group certification website right next to the Shield console.

Bluetooth SIG recognises this device as SHIELD Portable/P2523 and describes it as a Portable Gaming Console. Nvidia's SHIELD Console/P2571 is also listed at a SIG webpage and it is described as a Set-top Box. 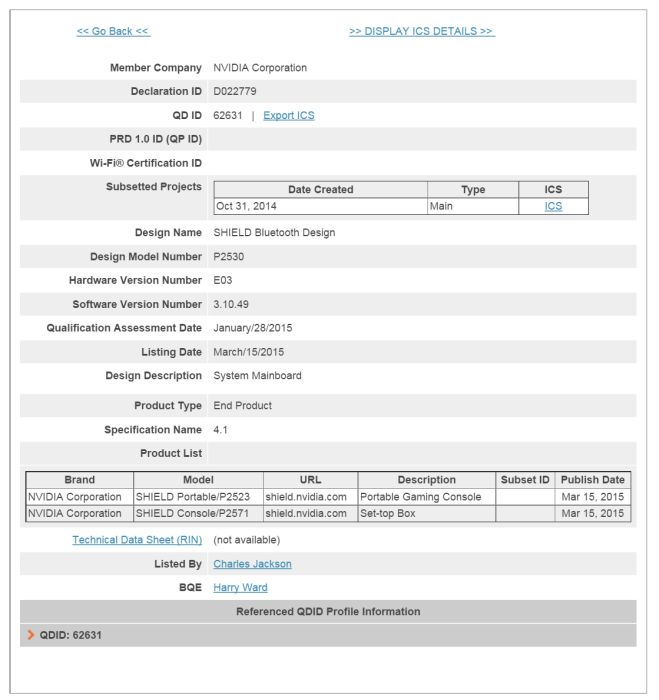 The first benchmarks of the Tegra X1 showed us that this is really powerful chip with some of the fastest graphics scores that we have seen in this segment. There is no doubt that it would be great for GRID gaming too.

We expect to see a summer release, considering that Shield Console is supposed to come in late Q2 2015 and possibly launch in May, if not later. The original Shield portable was released on July 31, 2013, so one can hope that the new one might come a bit earlier.