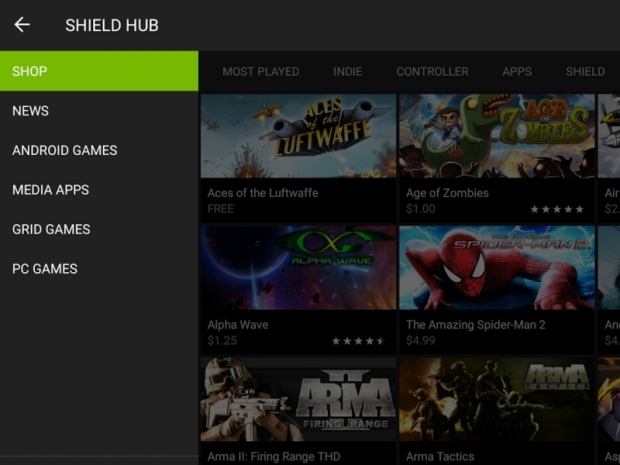 In addition to these three new games, Nvidai also updated the Shield Hub app to version 4.2.19442273 as well as added multi-controller support for games like Ultra Street Fighter 4 and Street Fighter X Tekken, which both support up to four players, as well as GRID 2, Giana Sisters: Twisted Dreams, all LEGO titles, including Batman, Marvel, Harry Potter, Hobbit and Lord of the Rings, PixelJunk Monsters Ultimate, and PixelJunk Shooter.

All these games will now allow users to play multi-player on a single Shield device by connecting multiple controllers to Shield and launching the supported game from GRID Games menu. Of course, Nvidia recommends that Shield is connected to the TV in console mode in order to get plenty of screen real estate and also promises that there will be plenty of new games with multi-controller options and that this is just the first of several new features coming to the Nvidia gaming service.

Nvidia was also keen to note that the GRID Games libray now includes 44 games that you can play on-demand on your Shield device for free.

Last modified on 02 April 2015
Rate this item
(3 votes)
Tagged under
More in this category: « Tegra X1 Shield portable in works Deus Ex: Mankind Divided gets first trailer »
back to top