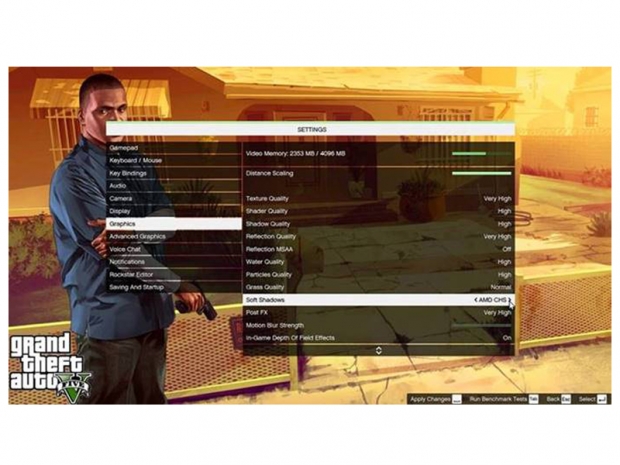 Rockstar's Grand Theft Auto V for PC has finally launched, and AMD has announced that the game is part of its Gaming Evolved program.

While it appears that both Nvidia and AMD are battling over Rockstar's Grand Theft Auto V, which does not come as a surprise considering how popular the game is, as a part of AMD's Gaming Evolved program, GTA V will have support for Contact Hardening Shadows (CHS) feature.

We have not heard much about Contact Hardening Shadows (CHS) feature earlier. According to AMD, it dynamically hardens or softens a shadow’s edges depending on the distance of the shadow from the light source and object casting that shadow. This should make softer shadows diffuse more realistically. The CHS feature can be enabled in the Soft Shadows drop down menu in the game settings.

As you probably already know, AMD has released the new Catalyst 15.4 Beta drivers aimed to be used with GTA V.