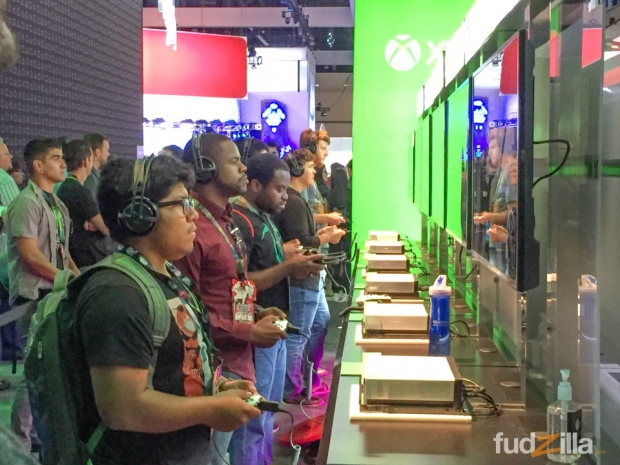 At E3 2016 this week in Los Angeles, Microsoft made its new Xbox One S console playable on the show floor for attendees to try out the revised Bluetooth controller before the console officially hits store shelves in August. 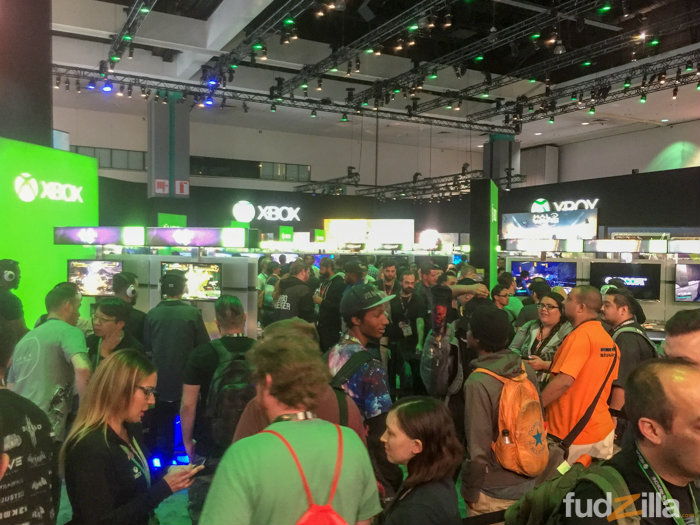 Xbox One S on display, available in August 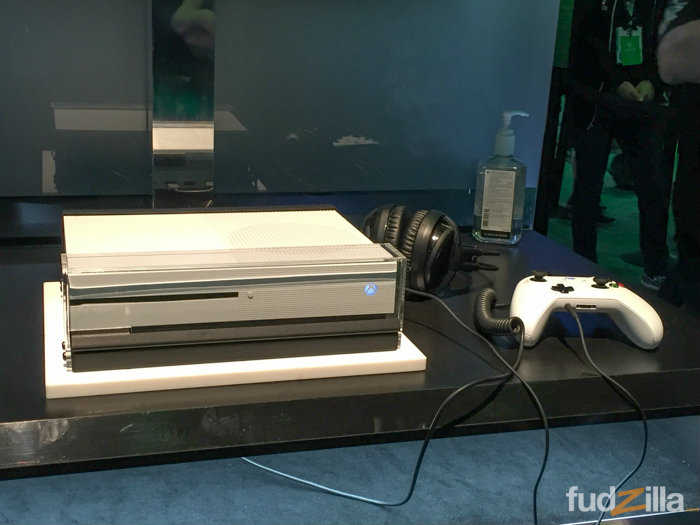 While the majority of booth demo consoles were Xbox One units, there were at least a dozen Xbox One S units with a pretty decent sized line to get in and start playing. Microsoft showed the console in an open-air environment, displaying the importance of adequate air ventilation despite the 40 percent smaller design and inclusion of a refreshed low-power AMD APU.

The Xbox One S features an Ultra HD Blu-ray drive and will be the first console in the gaming industry to support the 4K disc format. Sony has yet to announce its half-step PS4 refresh which some are calling “PS Neo,” and we expect this console to have an Ultra HD Blu-ray drive as well. But the real surprise is the fact that Microsoft will be first-to-market on a console at the low price of $299, while other Ultra HD Blu-ray player manufacturers are currently selling their devices for $399 and above. 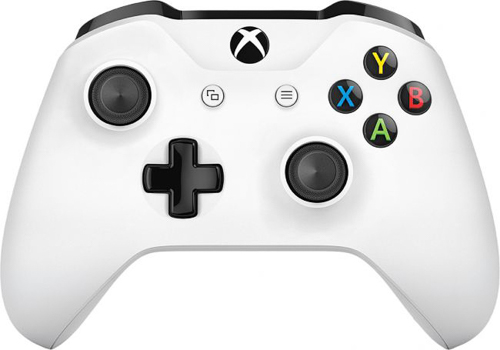 While the new controller is not a game changer by any means, it finally supports Bluetooth connectivity along with Wi-Fi Direct, instead of the current proprietary 2.4GHz protocol optimized for gameplay and video chat. Microsoft’s open support for the two standards now allows seamless wireless connectivity with Xbox One, Xbox One S and PC without the need for an additional wireless dongle to decode the current proprietary protocol.

"Yeah, the reason we didn’t do this previously—again, trying to be transparent with it—you know, Bluetooth is great, one controller to one PC. Obviously in a console experience we support four or five people connecting at the same time," Microsoft boss Phil Spencer explained to PC Gamer.

The new Xbox wireless controller has a revised thumbstick design and textured grips that reduce wear over time and supposedly increase accuracy, although this last claim will be left to the discretion of consumers and reviewers. It also maintains the 3.5mm headphone jack introduced with the “Xbox Elite Wireless Controller” at E3 last summer.

The redesigned Xbox Wireless Controller with Bluetooth and Wi-Fi Direct will be available in August for $59.99 plus tax, the same price as the current controller design.

Last modified on 17 June 2016
Rate this item
(1 Vote)
Tagged under
More in this category: « Kojima Productions unveils its Death Stranding game Sony will sell six million PlayStation VR this year »
back to top