Nintendo Switch will be in short supply 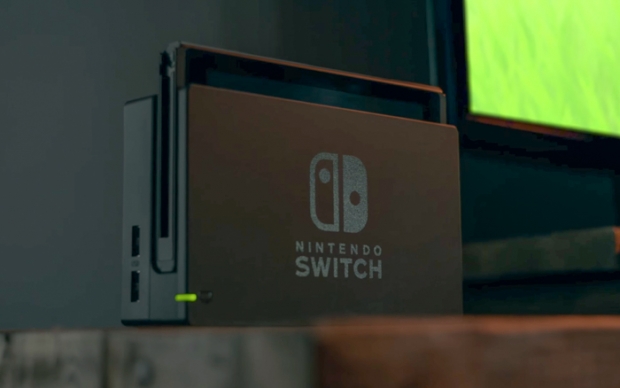 The dark satanic rumour mill has manufactured a hell on earth yarn claiming that Nintendo is launching its new Switch console in the US without enough to sell to the great unwashed.

The launch programme kicks off  today and there will be a livestreamed event, where Nintendo will finally be revealing all the details regarding the upcoming hybrid console, including its price, launch games lineup, and release date.

Tomorrow the preview tour for the Nintendo Switch will start, in which the press and the public will be able to try out the hybrid console. According to the official Twitter account of Nintendo New York, the preview tour will start taking pre-orders on January 13. However it has warned that only a limited quantity will be available while supplies last. Even then it is unclear if the pre-orders will be available just for New York.

The usage of the term "limited quantity of pre-orders" likely means that the Nintendo New York store already knows how many units of the Nintendo Switch it will have available once the hybrid console launches and this is reminding many hacks of the last time Nintendo did something like this. Last year Nintendo thought it would be a good idea to launch a miniature version of its first platform, the Nintendo Entertainment system, in the form of the NES Classic.  It was a cool idea but in the end Nintendo simply could deliberately did not get enough of them into the shops.

Indeed, Amazon.com was flooded with thousands of low reviews for the NES Classic when its initial stock vaporised in a split second. Even now, the listing is filled with comments from angry customers, with nearly half of reviews at one star. Some gamers have not got their hands on one since it was launched in November of last year.

Most gamers blamed Nintendo for purposely limiting the supply of the retro console to further drive up the hype and demand for the device, either that or the outfit failed to properly forecast how many units of the NES Classic Edition it should manufacture.

But with the same launch programme happening with the Nintendo Switch, it again seems that Nintendo only has a set number of units for the hybrid console that it will be sending to its stores and partner retailers. It looks like Nintendo has not learnt anything from the classic fiasco and is happy to hack off its customers.

It has been previously said that Nintendo is planning to release only 2 million units of the Nintendo Switch worldwide upon its launch, an absurdly low figure considering the hype surrounding the hybrid console. If this is true, then gamers will likely be looking at a similar, if not worse, supply shortage for the Nintendo Switch.