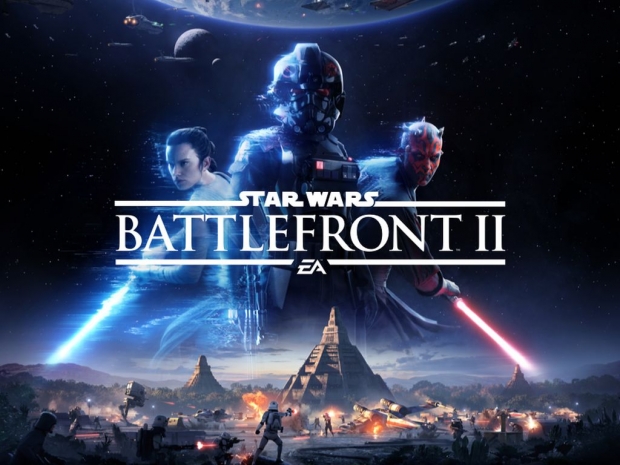 EA has released a full launch trailer for its upcoming Star Wars Battlefront II game as well as both system requirements and details regarding the Open Beta stage.

According to EA, the Open Beta phase for Star Wars Battlefront II will be taking place between October 6th and 9th, giving some gamers a first glimpse of the game on the PC, the Xbox One and the Playstation 4. As expected earlier, Open Beta phase will only give access to the multiplayer mode of the game and be also available as of October 4th to those that have pre-ordered the game.

In addition to the Open Beta details, EA has also published minimum and recommended PC system requirements for the game citing AMD FX-6350 or Intel Core i5 6600K, 8GB of RAM and Radeon HD 7850 (2GB) or Geforce GTX 660 (2GB) as the minimum hardware that you'll need to get the game running. In case you want to play it on higher resolution and graphics settings, you'll need at least AMD's FX-8350 or Intel Core i7-6700, 16GB of RAM and Radeon RX 480 (4GB) or Geforce GTX 1060 (3GB) graphics card. Each system will also a 512KBPS Internet connection, 15GB of HDD space and 64-bit Windows OS.

EA also released a rather lengthy launch trailer for the game, narrated by none other than John Boyega, who played Finn in the original Star Wars: The Force Awakens movie. The trailer shows a lot from the game including 18 locations, different multiplayer modes, plenty of vehicles, heroes, and more. It also gives an insight into the single-player campaign which will be placed between the Return of the Jedi and The Force Awakens movies.

As for the official launch of the game, it is currently scheduled for November 17th, when it will be officially available on the PC, the Xbox One and the Playstation 4.

Last modified on 28 September 2017
Rate this item
(0 votes)
Tagged under
More in this category: « Nvidia unveils a new game bundle for 1080/1080 Ti Nintendo ramps up switch supply »
back to top