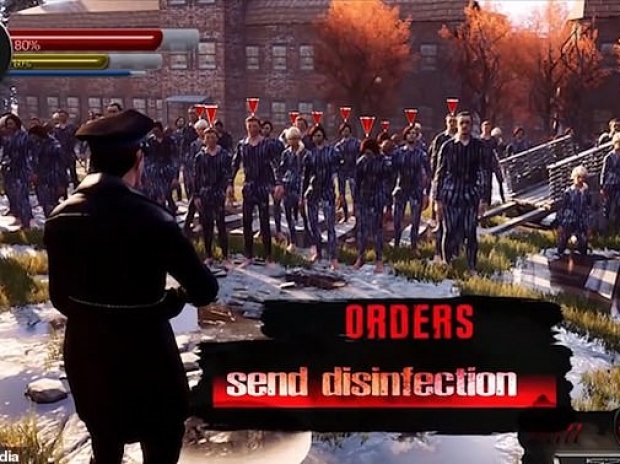 You are a prison death-camp guard who kills prisoners what's wrong with that?

The normalisation of Pro-Nazi ideas continues to grow with the development of a computer game where players are Nazi concentration camp guards who slaughter prisoners.

While the game 'Cost of Freedom' has not made it to the shops, a promo-video has been released and shows shockingly violent scenes

Ukrainian company Alien Games is developing it and it allows players to be a Nazi SS officer at an Auschwitz-like concentration camp and decide which prisoners to send to the gas chambers.

The trailer has been posted online and features players being able to order to send prisoners for 'disinfection' at a concentration camp like Auschwitz.

Some people have a few problems with it as, leaving behind any concept of political correctness this is plain nasty. Even with the rise of Poland’s right, a game like this is never going to fly.

Poland's Institute of National Remembrance (IPN) and the District Prosecutor's Office in the Polish capital Warsaw are apparently investigating the game.

Lukasz Lapczynski, the press spokesperson for the District Prosecutor's Office, revealed that evidence is currently being collected in an investigation into the crime of 'insulting the Polish Nation and promoting a fascist regime'.

The Institute of National Remembrance decided to submit an application to the prosecutor's office after a modification was made to the game's trailer which used the wording: 'Polish concentration camps, where is the honour of this great Polish nation, where is your honour, you Polish dogs?'

The game makes repeated references to 'Polish death camps', which is highly offensive phrasing in Poland. The camps were in occupied Polish territory and run by the Nazis.

The game is yet to be released and the developer's website says it is 'coming soon' on popular gaming platform Steam, owned by the Valve Corporation.