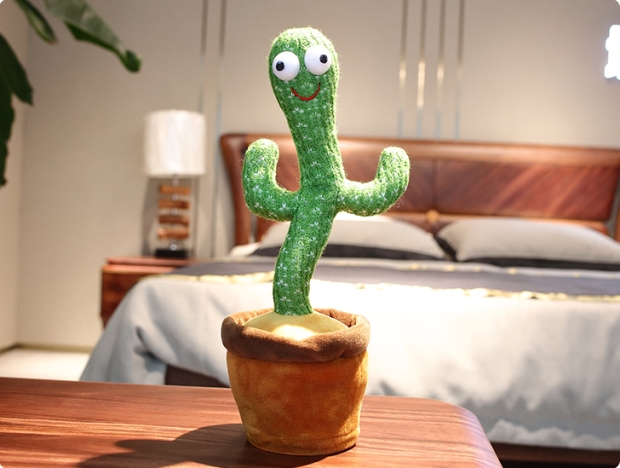 Just the thing for a toddler's Christmas present

An Ontario grandmother who bought an educational toy for her 15-month-old granddaughter was shocked when the dancing cactus started swearing and singing about doing cocaine in Polish.

Ania Tanner told CTV News Toronto that the cactus was sold on Walmart's website as an educational toy for about $26 and sings songs in English, Spanish and Polish.

But Tanner, who is Polish, said when she listened to the Polish lyrics, the cactus was singing about doing cocaine, drug abuse, suicide, depression and used profanities.

"It just so happens that I am Polish and when I started to listen to the songs and I heard the words. I was in shock. I thought what is this some kind of joke?"

The song is by Polish Rapper Cypis, who is reportedly unaware his song was used by the Chinese manufacturer of the children's toy.

"It's about taking five grams of cocaine and being alone ... It's a very depressing song", Tanner said.

This singing cactus toy was also sold in Europe through Amazon and in July 2021 other families also noticed and complained about the lyrics that many felt were inappropriate for a children's toy.

Last modified on 26 November 2021
Rate this item
(2 votes)
Tagged under
More in this category: « UK government cracks down on insecure smart gear Big meat moves to automation »
back to top