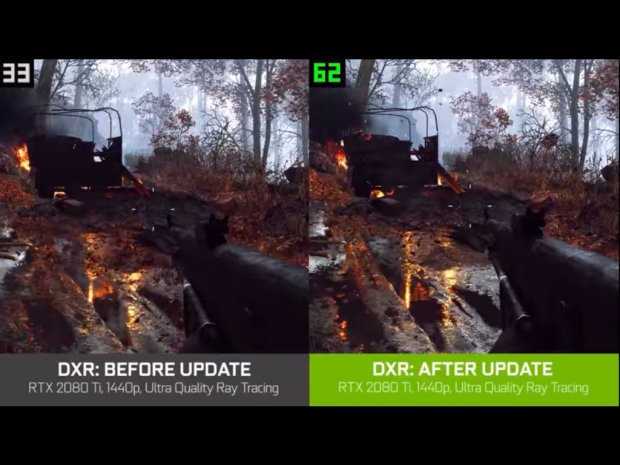 With a new driver and upcoming Battlefield V update

Nvidia has promised a fix for Battlefield V's raytracing performance with the next game update and Nvidia's driver, promising up to a 50 percent boost.

While EA/DICE Battlefield V should have offered the best implementation of Nvidia's RTX technology and DirectX Raytracing (DXR), it was plagued with bugs and a significant performance hit, despite the dedicated RT cores on the Nvidia RTX series.

We already knew it would take time before any of the RTX technologies kick off properly, and it appears that EA/DICE and Nvidia is on top of the things, bringing a fix that will bring up to 50 percent improvement.

In order to make it work, you'll need Nvidia's latest Geforce 417.22 WHQL Game Ready driver and EA/DICE's announced Chapter 1: Overture update, which is unfortunately delayed due to some problems.

Last modified on 04 December 2018
Rate this item
(0 votes)
Tagged under
More in this category: « Bethesda says sorry for rubbish gifts DIY games machine out next year »
back to top