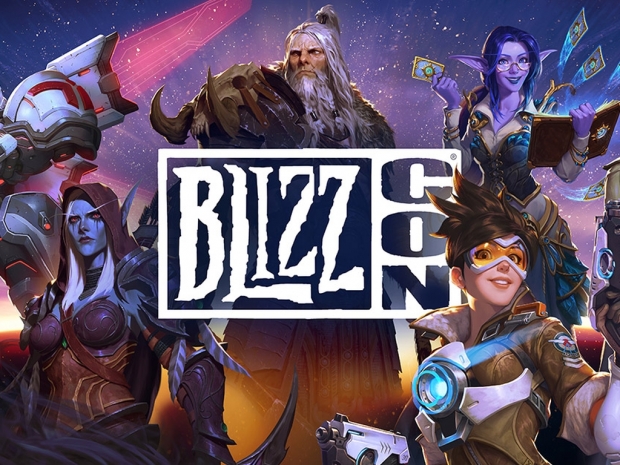 Plenty of things to see from Blizzard

Blizzard's annual Blizzcon 2019 show has kicked off yesterday with plenty of things to see, including the announcement of Diablo 4, next expansion for World of Warcraft, called Shadowlands, and Overwatch 2.

As leaked and rumored earlier, Blizzcon 2019 kicked off with the announcement of Diablo 4, and as expected from Blizzard, the trailer is impressive, showing the arrival of Queen Lilith, the same one that appeared in Diablo 2.

Blizzard also released a gameplay trailer showing The Barbarian, The Sorceress, and The Druid classes, all of which were playable at the event.

Blizzard noted that Diablo 4 will be much darker, bringing it closer to Diablo 1 and Diablo 2, and according to what can be seen, it just might work out great.

Although it leaked ahead of the show, Blizzcon 2019 also brought the first announcement trailer for the next World of Warcraft expansion, called Shadowlands.

In the announcement trailer, Sylvanas Windrunner pierces the veil between the worlds, and as all Blizzard trailers, this one is a piece of art.

"World of Warcraft players entering the Shadowlands will find the realms of the dead in upheaval. Under the normal order, departed souls were delivered to a realm appropriate to the lives they led, but now, all souls are being funneled into the Maw, where the most wicked are damned to suffer for eternity. As they seek to right the cycle and uncover the extent of Sylvanas’ designs, players will forge bonds with the Covenants who hold domain over different planes within the Shadowlands."

In addition to the cinematic announcement trailer, Blizzard also released a video showing all the features of the next expansion.

Overwatch 2 is also big for Blizzard

Diablo 4 and the new World of Warcraft: Shadowlands expansion might be big news, but Overwatch 2 is also a big cash cow for Blizzard, with over 50 million gamers, so it does not come as a surprise that sequel has been announced at Blizzcon 2019.

There were a lot of leaks and rumors which pretty much confirmed Overwatch 2, but Blizzard's trailer pretty much nails it, showing all the details that will come, including a new game mode, called Push, as well as more story elements with PvE content, Hero missions, updated look for all 31 heroes as well as new heroes, and more.

No precise launch date for any title

Unfortunately, Blizzard did not talk about launch dates during Blizzcon 2019, but hopefully we will hear more soon.

Diablo 4 is coming to PC, Playstation 4, and Xbox One, which also goes for Overwatch 2, which will also come to Switch as well.

World of Warcraft: Shadowlands will be coming next year, and while there is no precise date, we expect it to launch in the same timeframe as other WoW expansions, around July or August 2020. It is already available for pre-order, including $39.99 standard edition, $59.99 for Heroic Edition, and the $79.99 for Epic Edition.