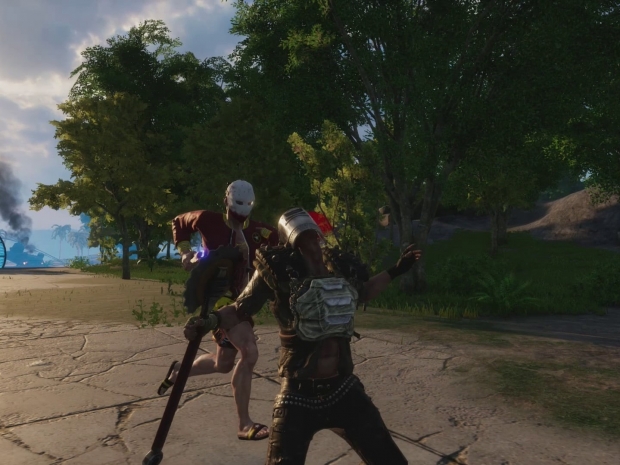 While the gaming industry experiments with all sorts of dodgy business practices to get gamers to part with their cash such as Loot boxes, pay-to-play and other microtransactions, Xaviant might have taken such fuckwittery to a whole new level.

Xaviant’s The Culling: Origins' game starts with gamers paying $5.99. But if they want to play more than once a day they get charged. Players will have to either buy token packs or weekly/monthly passes just to play a game they already bought.

The only way to get around the match fee is to place first in the game.

Now it is not as if The Culling is that great a product.  In  2017 the video game series helped pioneer the battle royale genre. But PlayerUnknown's Battlegrounds and Fortnite quickly overshadowed The Culling and the game lost its already small player base.

A sequel to The Culling was released in 2018 but failed almost instantly. So how did Xaviant deal with this disaster it made a comeback with a business scheme where you have to keep paying non-stop? Yeah that’ll do it.

Like most match games, players can die within minutes of starting a match in many battle royale games. Expecting them to buy another match straight afterwards is exceptionally greedy. One gaming mag called it “pay-to-play-to-pay-to-play” and complains that it shows just how greedy video game companies can be.

Last modified on 19 May 2020
Rate this item
(4 votes)
Tagged under
More in this category: « Tencent doing well in gaming boom Halo 3 beta tested in June »
back to top