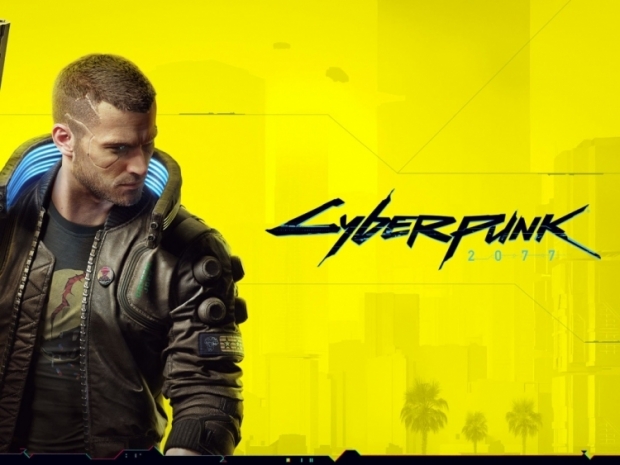 Offers refunds for PS4 and Xbox One purchases

Following the launch of its latest Cyberpunk 2077 game, CD Projekt Red has released an official statement, promising patches that should fix most of the issues on all platforms, as well as offers full refund for Playstation 4 and Xbox One versions of the game.

CD Projekt Red's Cyberpunk 2077 game has been filling news posts for quite some time and, despite earlier delays, the game does not perform as it should, especially on last-gen consoles, and has been plagued by a lot of bugs and issues on all platforms.

CD Projekt Red has released the first round of updates for the game and has promised more updates in January and February, especially for last-gen consoles where the game had big performance issues. According to CD Projekt Red, these patches "won't make the game on last-gen look like it's running on high-spec PC or next-gen console, but it will be closer to that experience than it is now".

CD Projekt Red is also offering a full refund to anyone that is not satisfied with the purchase, at least when it comes to Playstation 4 and Xbox One versions of the game. 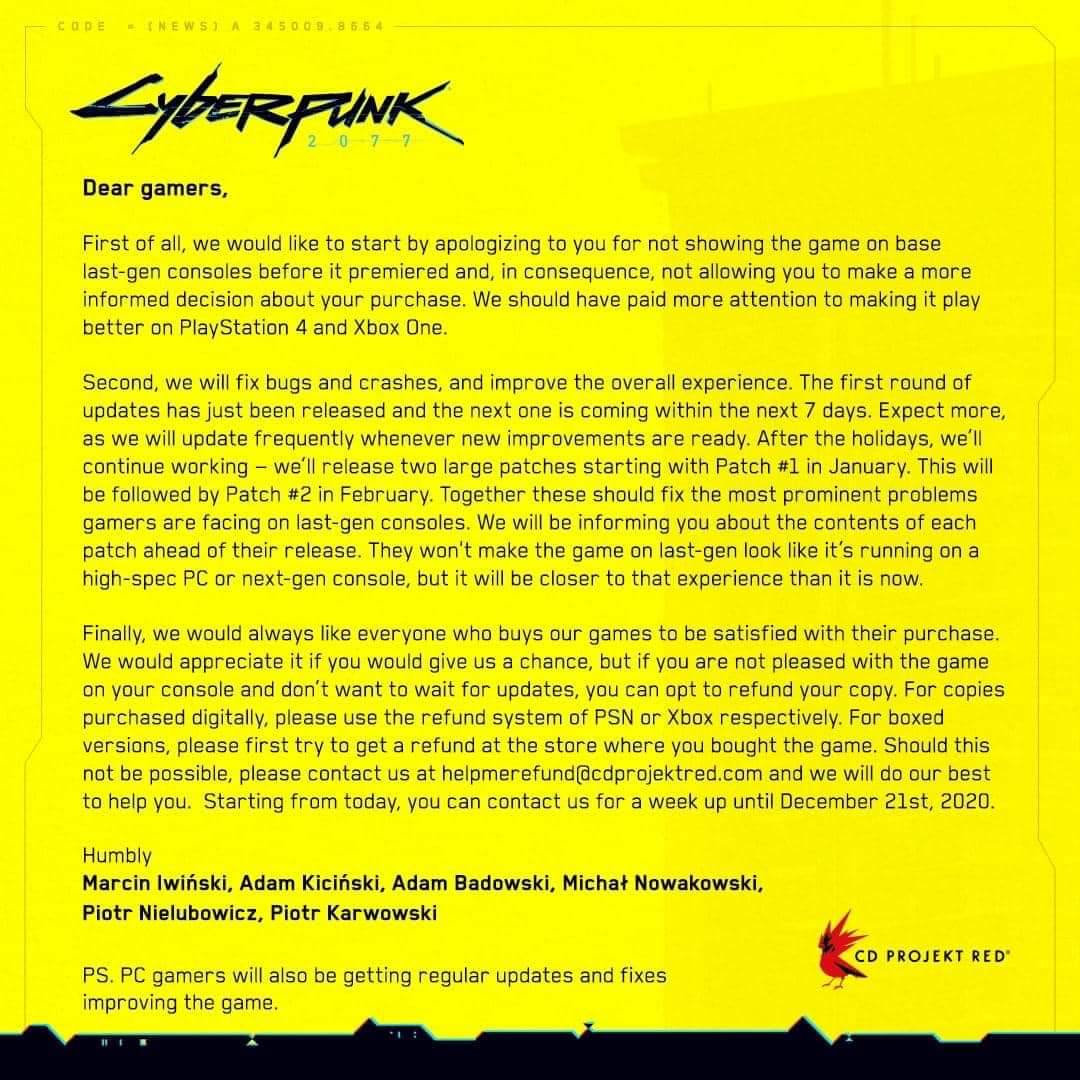 CD Projekt Red happy with the way it went, the development team gets a bonus

Despite all the problems, CD Projekt Red is quite happy with the game and how it has been doing so far, as the entire development team will receive full bonus payouts, no matter how well it did in review sections.

According to a report from Bloomberg, the company head sent out an email on Friday, and it just shows that CD Projekt Red is probably one of the best developers/publishers around.

“We initially had a bonus system that was focused on the game’s ratings and the release date, but after consideration, we believe that measure is simply not fair under the circumstances,” wrote studio head and Cyberpunk’s game director Adam Badowski in the email sent to staff. “We underestimated the lengths and complexity involved to make this a reality, and still you did everything you could to deliver an ambitious, special game.”

Currently, the game is not doing that bad on Metacritic, with the PC version holding a solid 89 score, with 7.0 user score. The Playstation 4 and Xbox One versions score is at 50/51, with 4.0 in user score, showing just how bad it does on last-gen consoles.

We are quite sure that CD Projekt Red will manage to fix all the bugs and performance issues on all platforms, and despite these problems, the game will probably hold the best game crown for quite some time.

Last modified on 15 December 2020
Rate this item
(0 votes)
Tagged under
More in this category: « GameStop staff stressed out by console shipments Sony pulls Cyberpunk 2077 »
back to top