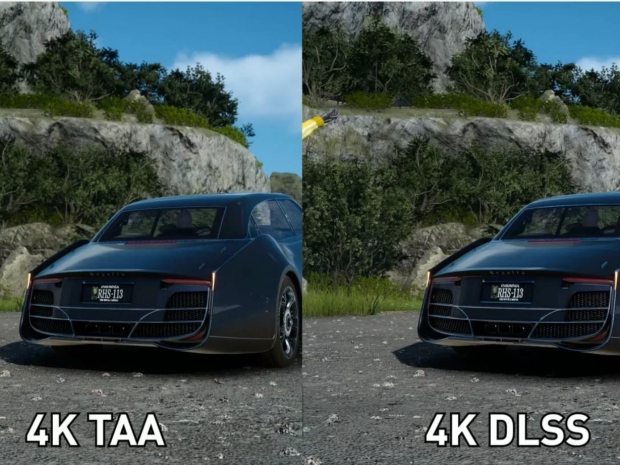 Nvidia has announced Deep Learning Super Sampling support for a bunch of new games, including the first time that it has come to VR titles.

VR gaming was an obvious area for DLSS where choppy motion can be particularly off-putting and lead to motion sickness.

One of the titles which many have been waiting for to get this support is  No Man’s Sky. In VR mode, applying DLSS doubles performance at ‘ultra’ graphics settings for No Man’s Sky, at least Nvidia says so. No Man’s Sky will receive a seriously impressive frame rate boost outside of VR, too, with DLSS increasing performance by up to 70 percent at 4K resolution.

Nvidia insists that it is possible to get  90 frames per second (fps) on ‘ultra’ details with a GeForce RTX 3080 graphics card using an Oculus Quest 2.

Other VR titles with DLSS support are Into The Radius, a survival shooter, and Wrench, boosting performance by up to 80 percent according to Nvidia. Wrench is a motorsport mechanic simulator that majors in realism, still in early access, also gets ray tracing too, not just for the VR version, but the normal game as well.

Last modified on 20 May 2021
Rate this item
(1 Vote)
Tagged under
More in this category: « Take-Two beats analysts expectations Valve building its own "Switch" »
back to top