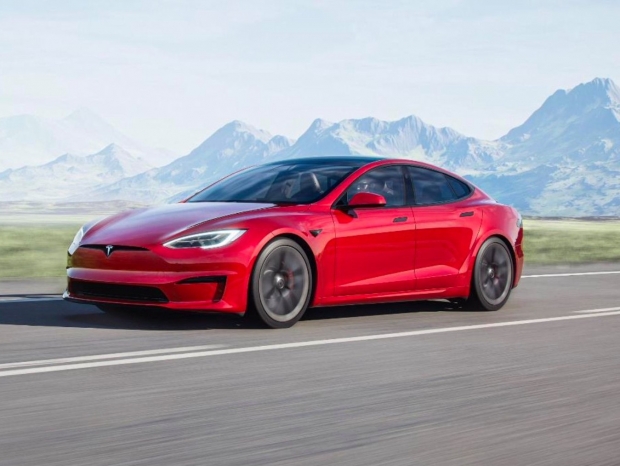 AMD has confirmed that the new Tesla infotainment system consists of an AMD Ryzen processor paired with an AMD RDNA 2 GPU.

AMD CEO Lisa Su said that an AMD Ryzen APU will power the infotainment system in both Teslas as well as a discrete RDNA2-based GPU that kicks in when running AAA games, providing up to 10 teraflops of compute power.

She said that the car will give gamers a great platform for AAA gaming.

Leaker Patrick Schur dug up a Tesla block diagram in January that singled out an AMD Navi 23 GPU specifically for Tesla’s new vehicles, and today AMD announced the new Radeon 6800M, 6700M and 6600M laptop graphics chips — the weakest of which happens to use Navi 23.

That Radeon 6600M chip comes with 28CUs and 1792 shader units— compared to the 36CUs and an estimated 2304 shader units worth of RDNA 2 GPU in Sony’s PlayStation 5, which also claims to be a 10-teraflop gaming rig. It’s basically the same tech with a smaller number of cores on the same GPU architecture.

Performance depends on the software platform and a recent job posting by Tesla suggests game developers may actually be building for Linux if they want to target the new Tesla in-car gaming rigs.

Who is going to sit in an $80,000 sports car and play a triple-A video game?  Tesla and AMD are not answering that question. Tesla CEO Elon Musk tweeted that the Model S Plaid, which includes the new AMD system, will start deliveries on 10 June so we guess we will find out.

Last modified on 01 June 2021
Rate this item
(0 votes)
Tagged under
More in this category: « Nvidia says it will do better than Wall Street thinks Nvidia DLSS and Raytracing comes to eight new games »
back to top