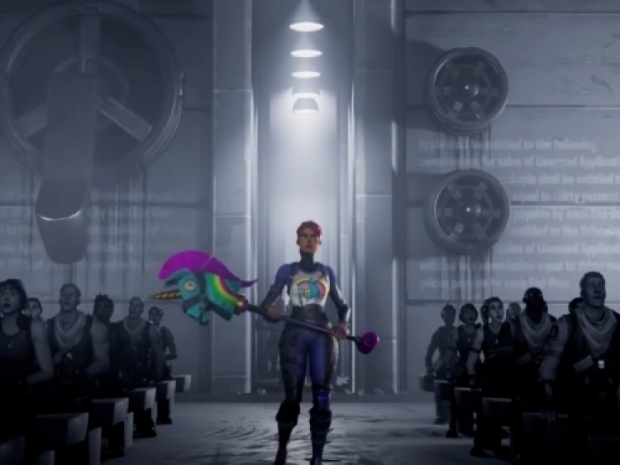 The Tame Apple Press has been looking through its back catalogue to dig up some dirt on the Google and Epic Games alliance which is causing it some considerable woe at the moment. What is interesting is that it has found some.

Apparently, in 2018, Google and Epic Games kicked off a years old spat over Fortnite on the Play Store. Instead of distributing the game through Google Play, Epic decided that sideloading would be the way to get Fortnite on Android, thereby sidestepping Google's 30 percent cut of sales. Epic would go on to file an antitrust complaint against Google.

The case was sealed but among the papers was an interesting solution that Google was kicking around at the time: the company was considering buying Epic.

Epic CEO Tim Sweeney tweeted that this plan "was unbeknownst to us at the time", indicating that Google never went through with an acquisition offer. In 2018, investors were giving Epic Games a $15 billion valuation, so Google would have needed a hefty offer. Today, Epic's last round of funding put its worth at $29 billion. Imagine how different things could be today if Google owned an established game developer!

Epic's antitrust complaints against Google revolved around the security, functionality, and contractual barriers it alleges Google erects around third-party app stores on Android. To sideload an app on Android (like a third-party app store), users have to tap through several scary messages warning them that sideloading is dangerous. Less tech-savvy users might be turned away by the high friction install process. And once installed, third-party app stores still can't update apps in the background the way Google Play can.

When Epic kicked off its plan to distribute Fortnite outside of Google Play, one new document says "senior Google Play managers began reaching out to Epic" to warn them that life outside the walled garden won't be easy:

One manager contacted Epic’s Vice President and Co-Founder to gauge Epic’s interest in a special deal and, among other things, discussed “the experience of getting Fortnite on Android” via direct downloading. The manager’s call notes state that she viewed direct downloading Fortnite as “frankly abysmal” and “an awful experience” and that Epic should “worry that most will not go through the 15+ steps”.

Later on in the same document, Epic detailed the alleged contents of a Google document titled "Response to Epic:"

So why is everyone so interested in this case? Tthe situation has many similarities to the Epic versus Apple spat where the company is also trying to avoid the autocractic controls of the “significant player.”

The Google side of this argument would say that Android is way more open than iOS, which doesn't allow sideloading at all. Google's security stats regularly show an 8x-10x increase in malware on devices that enable sideloading, which is why the security warnings are in place. In the court document, Epic alleges that Google started pushing these stats through the media as an attack on Epic, but Google's "Android Security Year in Review" series containing this info goes back to 2014, before Fortnite even existed.

Google is making one concession to Epic in the upcoming Android 12 release, adding a new permission that allows third-party app stores to update apps in the background. The Android ecosystem's indifference toward shipping updates means many users only get a new OS when they buy a new phone, so it should be about four years before Android 12 reaches a majority of users.