We all remember the time when Powercolor and other partners managed to slap a huge heatsink and make a decent card completly silent, and now, Powercolor is back with the HD 6850 SCS3 passively cooled card.

Featuring the quite famous huge heatsink that even spreads over the card, the new SCS3 HD 6850 can now brag to be the fastest dead-silent card.

Since we are talking about passive cooled card Powercolor had to keep the specs at reference values so you are looking at a card that 960 stream processors and ticks at 775MHz for the GPU and 4000MHz for 1GB of GDDR5 memory paired up with a 256-bit memory interface. The heatsink has already found its way on some previously released cards and it features five heatpipes paired up with 62-fin heatsink that spreads across and over the card.

The new SCS3 HD 6850 comes with standard two DVI, HDMI and DisplayPort ouptus and comes with support for CrossfireX. It will be bundled with Codemasters Dirt 3 game but, unfortunately, Powercolor didn't announce the price or the availability date. 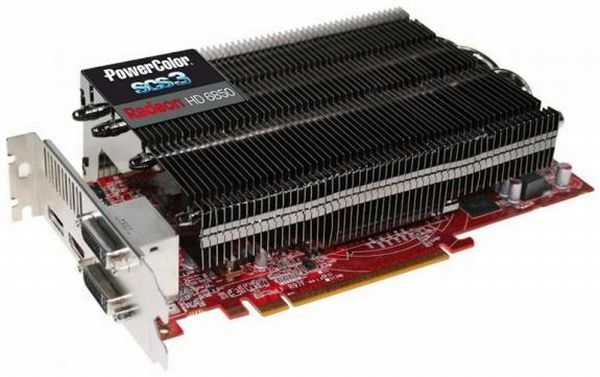