HIS has come up with two new cards based on the Cayman GPU, the HD 6970 IceQ and the factory overclocked HD 6970 IceQ Turbo. Both of the cards feature the same, and quite well known, HIS IceQ dual-slot cooler and should be available pretty soon.

Altough quite well known, the dual-slot IceQ cooler on these two cards is paired up with a "Black Hole Impeller" design fan and four rather thick copper heatpipes. According to HIS, this is enough to keep the card a lot quieter and up to 23 degrees Celsius cooler than the reference one.

Both cards have the same two DVI, HDMI and two DisplayPort output configuration as well as support for AMD's CrossfireX and Eyefinity. Unfortunately, HIS didn't announce the price or the precise date, but we are quite sure that they will show up in retail/e-tail pretty soon. 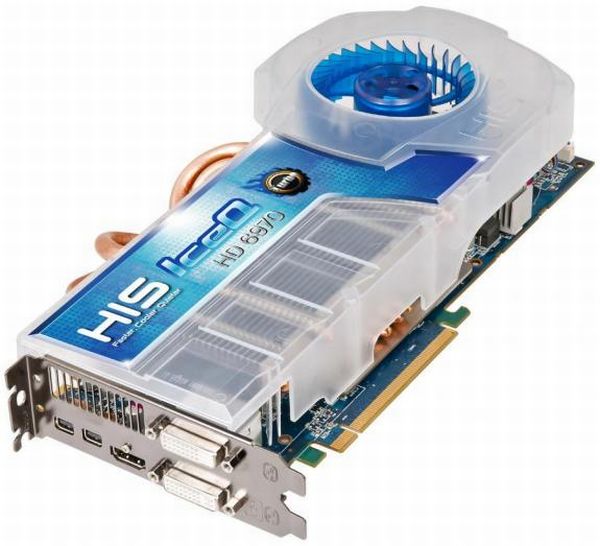 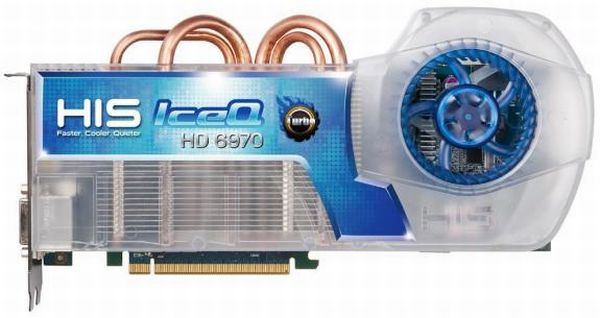 Last modified on 23 May 2011
Rate this item
(10 votes)
Tagged under
More in this category: « Powercolor rolls out passive HD 6850 AMD updates workstation cards »
back to top