MSI has decided not to go with the reference version of the GTX 770 but instead announced two GTX 770 cards that will both be paired up with its own TwinFrozr cooler, the GTX 770 Gaming series and the GTX 770 Lightning. Both cards will be factory-overclocked and feature 2GB of GDDR5 memory.

As noted, both graphics cards feature the TwinFrozr IV cooler with two 100mm fans. Unfortunately, MSI did not announce an availabilty date or the precise price for either model. 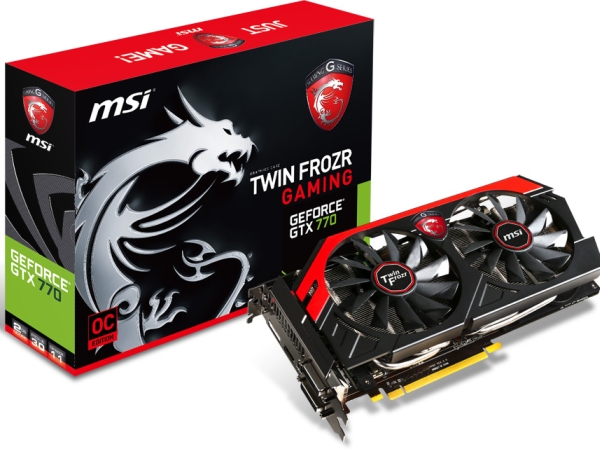 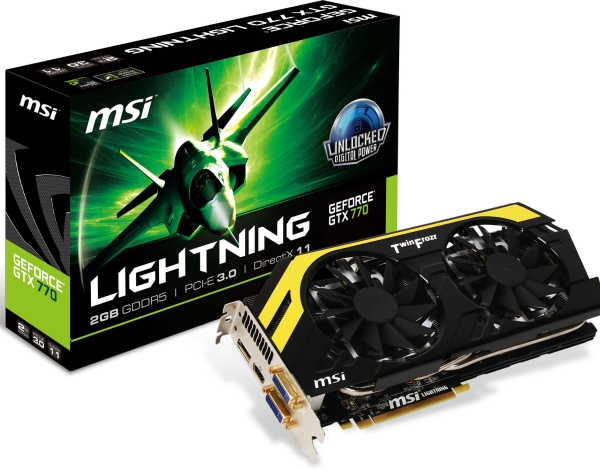