As all other Radeon R9 295X2 graphics cards on the market, the HIS R9 295X2 Liquid Cooler also packs two fully enabled Hawaii XT GPUs with 2816 Stream Processors per GPU as well as 4GB of GDDR5 memory per GPU paired up with a dual 512-bit memory interface. Cooled by dual water blocks/pumps connected to a 120mm radiator the GPUs ended up clocked at 1018MHz while 8GB of GDDR5 memory, cooled together with the VRM and the PLX bridge chip by a center placed fan, ended up clocked at 5.0GHz.

According HIS, the new HIS R9 295X2 Liquid Cooler graphics card will be available in retail/e-tail as of April 21st with a price tag set at US $1,499. 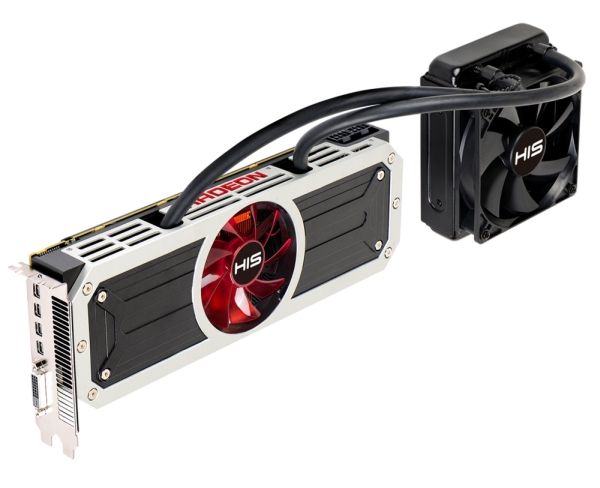 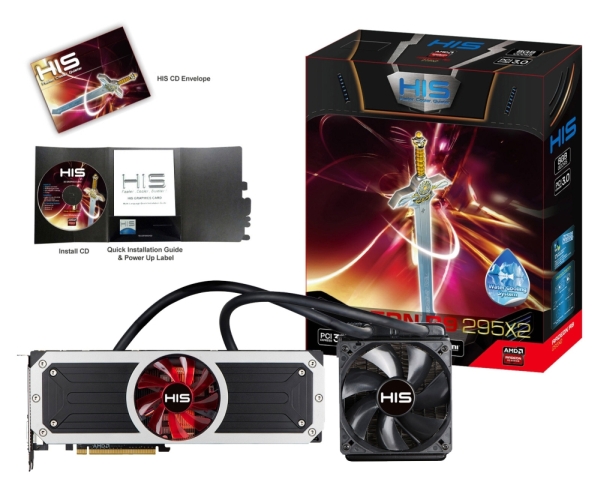