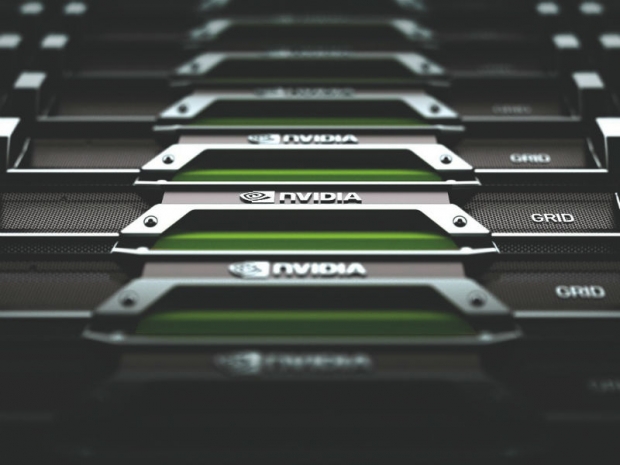 VMware has teamed up with Nvidia to release a remote compute service based on Nvidia’s GRID technology.

In a joint statement, the companies said the move will allow data centre GPUs to be shared across multiple users, thus enabling greater density and scalability.

The use of GRID vGPU technology with VMware Horizon 6, built on vSphere 6, will provide greater scalability and superior cost-effectiveness, the companies said.

Designers will be able to run graphics-rich applications in a virtualised environment, using Nvidia hardware and certified application drives. As many as 96 users could be accommodated on a standard server and cost-effectiveness is provided by the scalable nature of the packages.

The companies stressed that the collaboration will allow end users to run demanding 2D and 3D graphics applications on any device through VMware Horizon 6, thus bringing workstation-class performance to remote and mobile workers.

In other words, instead of investing money in pricey mobile workstations with a limited life-cycle, companies will be able to lease vGPU power and do the job on cheaper and lighter devices, with vastly superior battery life.

The companies also announced a new initiative, dubbed Direct Access Program. The program will allow companies to quickly adopt Horizon 6 and vSphere 6 with GRID vGPU technology, with support from Nvidia and VMware specialists.

“GRID vGPU unlocks the promise of virtualized desktops by bringing the best graphics performance to the industry’s leading virtualization platform. This supports new and emerging use cases for desktop virtualization,” said Jeff Brown, vice president and general manager of Professional Visualization and Design at Nvidia.

Erik Frieberg, vice president of marketing for End-User Computing at VMware said specialized industries such as design agencies, automotive companies and architecture firms will be able to embrace business mobility to help retain talent, control costs and compete in the future.

Both companies hope to leverage their big user base for the new program. VMware has more than 500,000 customers worldwide, while Nvidia is the leader in professional graphics and visual computing, with more than 12 million professional users and 300 applications accelerated by Nvidia GPUs. Nvidia GRID servers are sold and supported by scores of leading enterprise solution providers, including HP, Lenovo, Dell and Cisco.

Last modified on 04 February 2015
Rate this item
(2 votes)
Tagged under
More in this category: « EVGA releases GTX 980 K|NGP|N Edition HP Z27s brings IPS 4K to professionals on a budget »
back to top