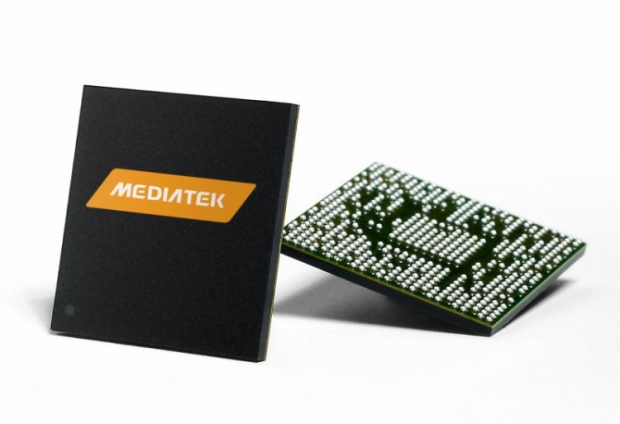 One of the hottest things we learned at the Mobile World Congress is that MediaTek is working with AMD on mobile SoC graphics.

This is a big deal for both companies, as this means that AMD is getting back into the ultra-low power graphics market, while MediaTek might finally get faster graphics and gain more appeal in the high end segment. The choice of ARM Mali or Imaginations Technologies GPUs is available for anyone, but as most of you know Qualcomm has its own in-house Adreno graphics, while Nvidia uses ultra-low power Maxwell GPUs for its latest SoCs.

Since Nvidia exited the mobile phone business, it is now a two horse race between the ever dominant Qualcomm and fast growing MediaTek. The fact that MediaTek will get AMD graphics just adds fuel to the fire.

We have heard that key AMD graphics people are in continuous contact with MediaTek and that they have been working on an SoC graphics solution for a while.

MediaTek can definitely benefit from faster graphics, as the recently pictured tablet SoC MT8173 powered by two Cortex-A72 clocked up to 2.4GHz and two Cortex-A53 has PowerVR GX6250 graphics (two clusters). The most popular tablet chip Appel's A8X has PowerVR Series 6XT GXA6850 (octa-core) which should end up significantly faster, but at the same time significantly more expensive.

MediaTek MT6795 a 28nm eight-core with a 2.2GHz clock and PowerVR G6200 GPU at 700 MHz, which is 100 MHz faster than one we tested on the Meizu MX4, which was one of the fastest SoCs until Qualcomm's Snapdragon 810 came out in late February.

AMD and MediaTek declined to comment this upcoming partnership, but our industry sources know that they both have been working on new graphics for future chips that will be announced at a later date. It's cool to see that AMD will return to this market, especially as the company sold of its Imageon graphics back in 2009 - for a lousy $65 million to Qualcomm. Imageon by ATI was the foundation for Adreno graphics.

We have been reassured some 18 months ago by some AMD senior graphics people, that "AMD didn’t forget how to make good ultra-low power graphics" and we guess that this cooperation proves that.

Last modified on 09 March 2015
Rate this item
(27 votes)
Tagged under
More in this category: « Valve develops its own Intel graphics driver for Linux AMD to show off R9 300 series at Computex »
back to top