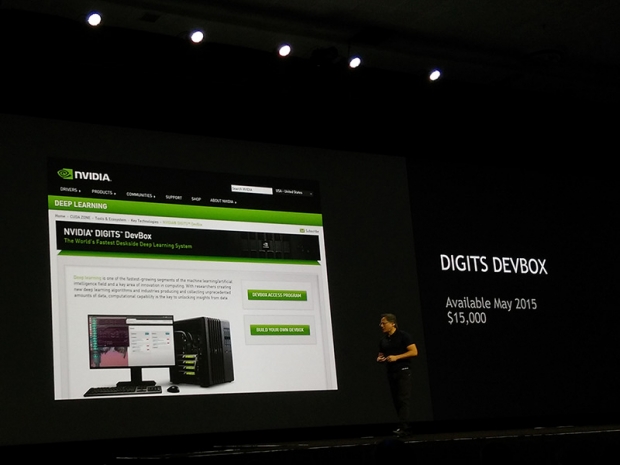 A lot of people were disappointed by the fact that Nvidia’s Titan X didn’t come with a better Dual Precision performance unit.

A lot of people asked the oblivious question - why would Nvidia do such a thing?

Jonah Alben, senior vice president of GPU engineering at NVIDIA, had a simple answer. He said the single-precision part of GM2xx series including Titan X is simply more important. The company reminded the press that there is a card that is called Tesla and that Nvidia suggests customers who really care about double-precision performance should get these cards.

Anyway, Titan Back despite is still significantly faster than Titan X in double-precision performance and if that matters to you that much, you can still find some of these older cards floating around.

A single GPU solution called Tesla K40 has one Kepler K110B GPU rated at 5 TFLOPS in single-precision and 1.66 TFLOPS in double-precision performance.

Sumit Gupta, General Manager Accelerated Computing at Nvidia, also mentioned that the reason for having a Digits Devbox that will sell for $15,000 in May. Sumit commented that Nvidia originally developed these boxes for internal use, but since customers were asking for such a solution, Nvidia decided to offer it to its customers.

Digits Deep GPU training system with four Titan X cards inside, Linux and heavy user support from Nvidia will be for scientists that don’t want to build such systems from scratch. The Digits market is probably so tiny righty now that it would not make much sense if the partners such as HP, Dell or SuperMicro burned R&D cash on such low volume products.