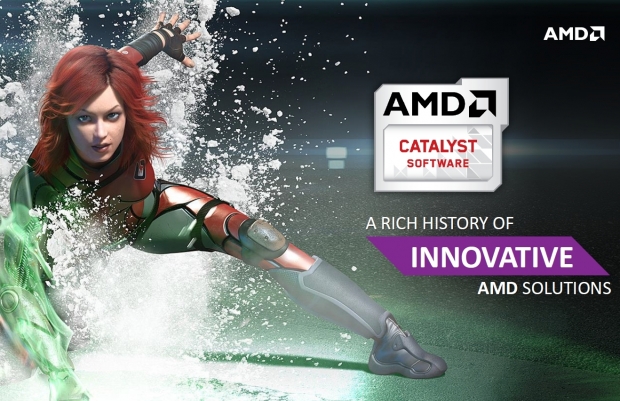 While the new Catalyst 15.3 Beta does bring driver support for FreeSync monitors, it is still limited to single-GPU configurations, while multi-GPU FreeSync support is expected with new driver releases coming in April.

In case you somehow missed it, FreeSync technology is pretty much AMD's answer to Nvidia's G-Sync. It syncs the refresh rate of the monitor with the rendering rate of the AMD Radeon GPU, thus getting rid of screen tearing and stuttering in games.

In addition to preliminary support for AMD FreeSync, the new Catalyst 15.3 Beta drier also adds a couple of new Crossfire profiles for games like Battlefield Hardline, Evolve, Far Cry 4, Lords of the Fallen, Project Cars and Total War: Attila as well as brings updated Crossfire profiles for games like Alien Isolation, Assassin's Creed Unity, Civilisation: Beyond Earth, FIFA 2015, GRID Autosport, Ryse: Son of Rome, The Talos Principle and The Crew. AMD has also disabled the Crossfire profile for Dying Light due to some performance issue which should be fixed with either the game patch or the next driver update.

Last modified on 25 March 2015
Rate this item
(5 votes)
Tagged under
More in this category: « Nvidia: Titan X single precision is more important Windows 10 will support super resolutions »
back to top