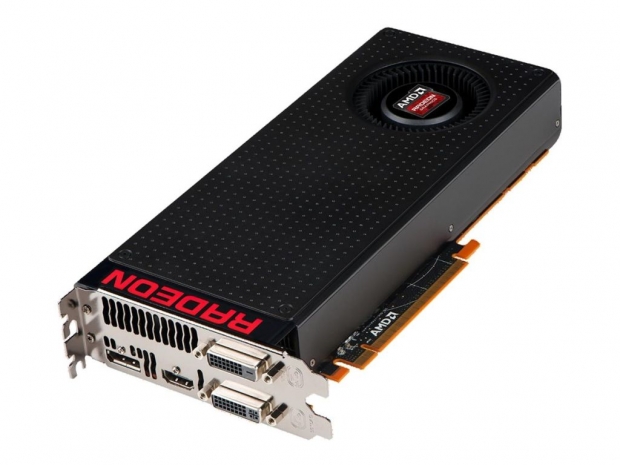 US $229 mid-ranger based on Antigua GPU

As expected and rumored earlier, AMD has now officially launched its newest member of the Radeon R9 300 series graphics card lineup, the US $229 priced Radeon R9 380X graphics card based on Antigua GPU.

Hitting the below-$250 market sweet spot, the new AMD Radeon R9 380X is based on a 28nm Antigua GPU (previously known as Tonga XT) with 32 Graphics Core Next Compute Units (GCN CUs) or a total of 2048 Stream Processors, 32 ROPs and 128 TMUs. It will only be available with 4GB of GDDR5 memory paired up with a 256-bit memory interface.

Although the reference version will be clocked at 970MHz for the GPU and 5.7GHz for the memory, which adds up to 182GB/s of memory bandwidth, this will not matter much since AMD AIB partners have been given a green light to do custom versions from day one, so most, if not all of the R9 380X graphics card will most likely feature a factory overclock.

This also means that most of the Radeon R9 380X graphics cards on the market will also feature a custom cooler and we will probably see Asus DirectCU II, MSI TwinFrozr, Gigabyte's Windforce 2X and other custom coolers from various partners. 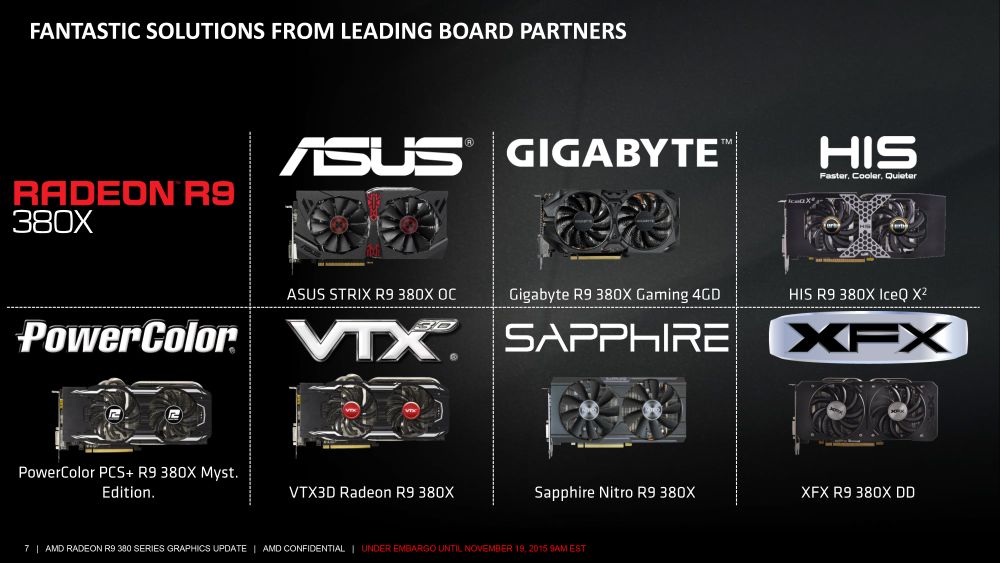 According to some reviews that can already be found online, the new AMD Radeon R9 380X is indeed a decent mid-range graphics card that should give you plenty of eye-candy in most games at 1080p resolution, although AMD actually markets it as a graphics card for 1440p gaming. 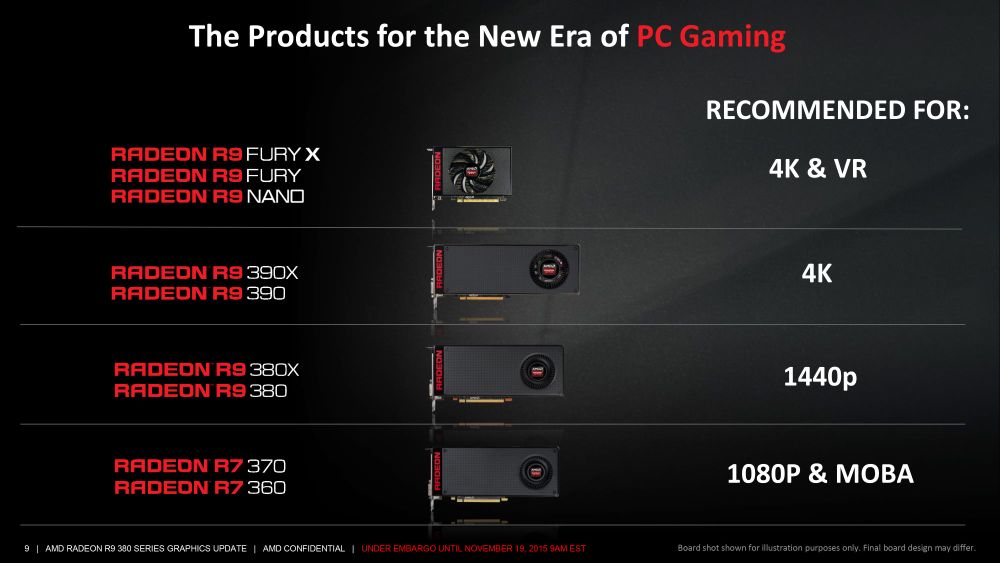 Unfortunately, the R9 380X still lacks in power efficiency compared to Nvidia Maxwell architecture and does not offer a good performance per buck ratio compared to the other graphics card in that similar price segment, making the Geforce GTX 970 3GB or the Radeon R9 290 a much better option. The Radeon R9 380 is also a good option as it is much cheaper, starting at around US $180.

In any case, the Radeon R9 380X is a decent mid-range graphics card that shouold appeal to all those looking to get a decent level of detail at reasonable 1920x1080 resolution. It will also provide a playable framerate at 1440p but at lower details.

You can check out some of the reviews via links below. 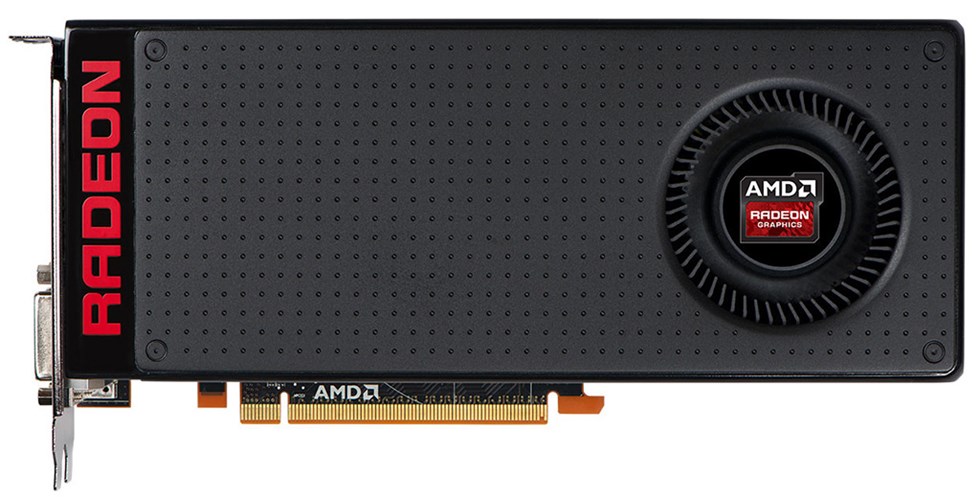 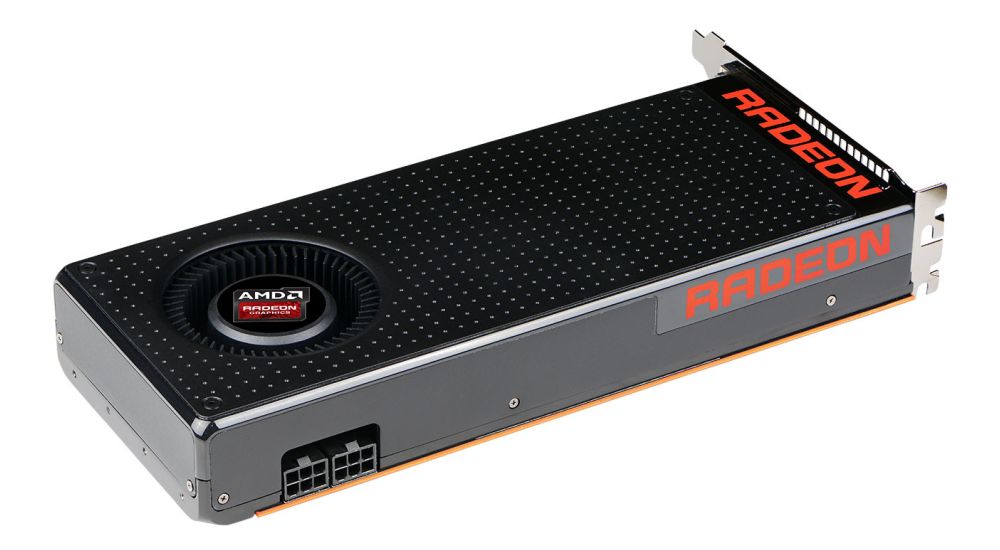