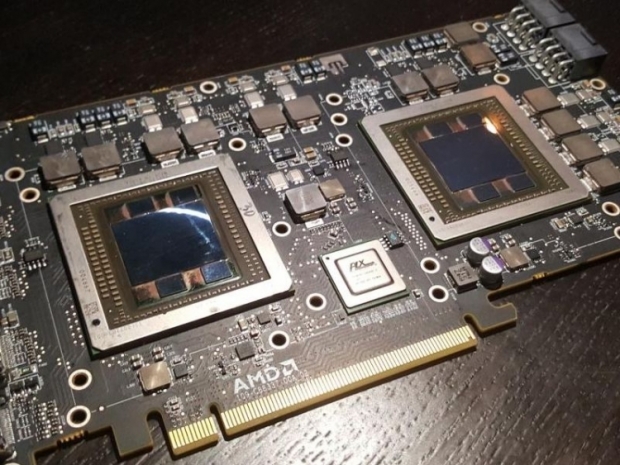 AMD has pushed back its plans to release its Radeon Fury X2 Gemini card in 2015.

We were a little suspicious that something was up. The card was supposed to be in the shops by Christmas and it had not tipped up yet.

As you might expect things got delayed and there were several factors that caused it. Some of our industry deep throats indicated that AMD didn’t want to put pressure on the Radeon Fury and Fury X Christmas sales.

After an initial shortage at launch, it took AMD a few months to ramp up the production and they felt rather good about the quantities that went into channel. Releasing a dual chip card would pressure on the Fury X sales and mean a possible price drop. AMD didn’t want to do that as it needs to make as much money as it possibly can in 2015 GPU sales.

The second reason was software and hardware related. It is hard to make the good driver that can take an advantage of this card. The dual chip cards are always tough to make. Sometimes the software scales well and sometimes it throws its hands up in dispare on selected titles.

Fudzilla continues to hear that the Gemini cards should ship early in 2016 probably in the first quarter but we don’t have any better date than that. The card hasn’t been canceled, just pushed back.