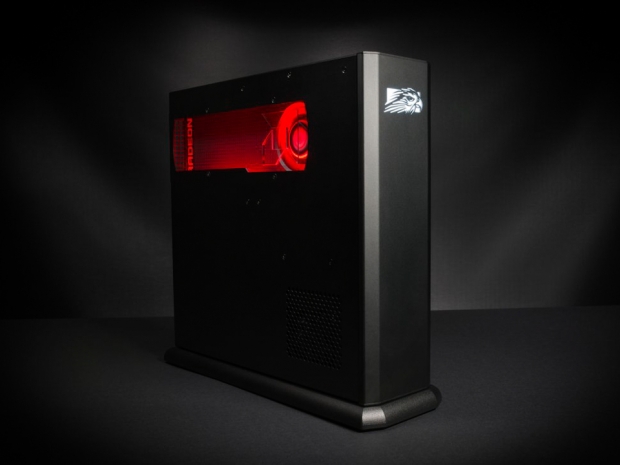 Antal Tungler, PR Manager for AMD, tweeted about the showcase on Saturday, instantly sparking the attention of graphics card aficionados inside and outside the event. The GPU was featured inside a new prototype system made by Falcon Northwest (above image). 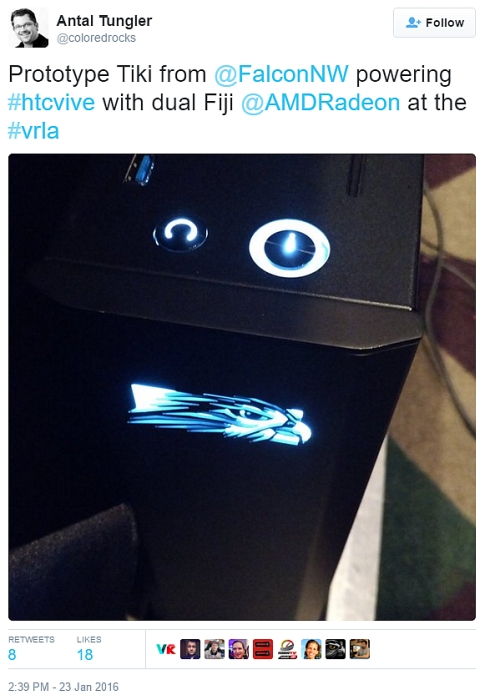 VRLA is a show about everything related to virtual reality, and this year some of the HTC Vive demonstrations were powered by PCs with AMD’s dual-GPU flagship enthusiast card. 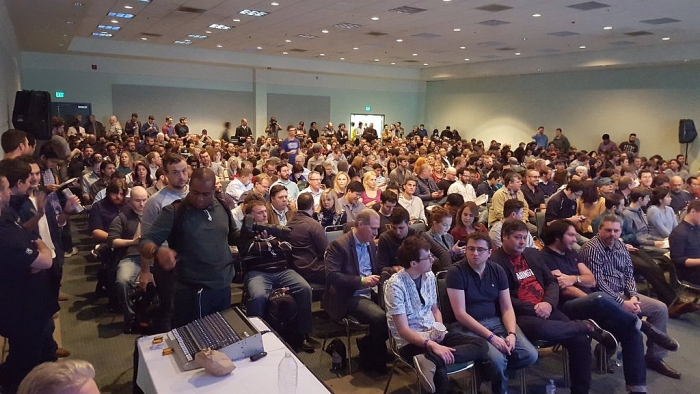 Last summer during E3 2015, AMD co-hosted the first ever PC Gaming Show at the Belasco Theater in Los Angeles. During the event, AMD CEO Lisa Su took the stage showed off the Radeon R9 Fury X dual-GPU card for the very first time to a public audience. 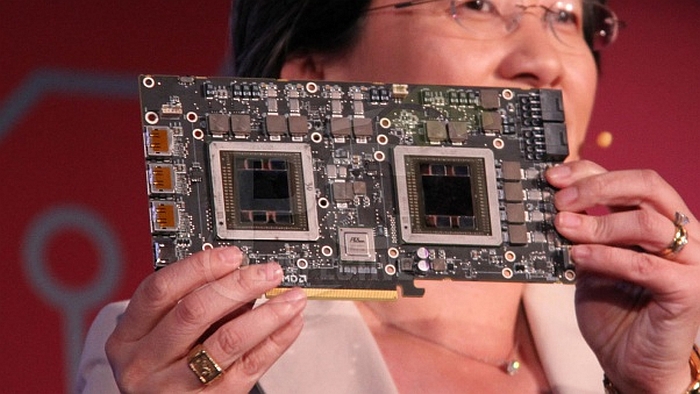 The card is expected to be much shorter and simpler than previous AMD dual-GPU cards like the Radeon R9 295X2, Radeon HD 7990, Radeon HD 6990 and Radeon HD 5970. This is mostly thanks to the space-saving design of 3D-stacked High Bandwidth Memory (HBM) compared with planar GDDR5. The board also uses a PLX 8747 bridge chip to handle communication between the two GPUs. We are expecting a maximum of 4GB of HBM per GPU (8GB in total), which should make for a nice framebuffer in VR games as well as 4K content, assuming that AMD delivers solid multi-GPU scaling efficiency in its upcoming R9 Fury X dual-GPU supporting Radeon GPU drivers. 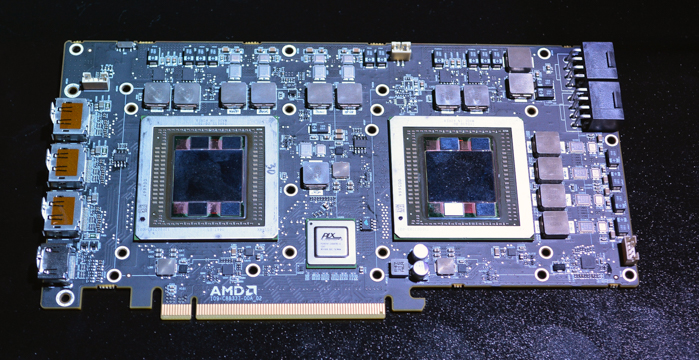 AMD’s upcoming Fury X dual-GPU flagship card should be available sometime before the end of Q1 or early Q2 2016 to better coincide with the launch of the Oculus VR and HTC Vive headsets.

Last modified on 25 January 2016
Rate this item
(20 votes)
Tagged under
More in this category: « Nvidia gives up on GTX 970MX and 980MX GPUs for notebooks Nvidia shows off its 'Light Field' VR headset at VRLA 2016 »
back to top