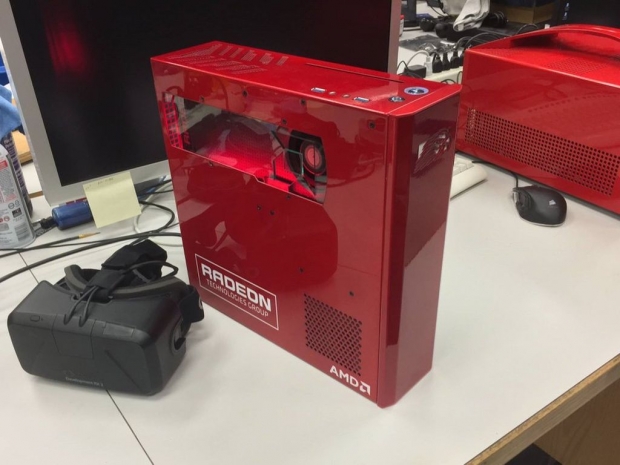 The system in the picture is the same Falcon Northwest Tiki SFF system which was showcased earlier during the Virtual Reality Los Angeles (VRLA) 2016 Winter Expo and was said to be powered by AMD's next-generation dual-GPU flagship graphics card with two 28nm Fiji GPUs, offering 12 TFLOPs of single-precision compute performance.

Last week, Roy Taylor, Corporate Vice President of Alliances at AMD, also teased a full shelf of such red painted Tiki systems with Radeon Technologies Group and AMD badges which were ready to ship to developers.

More importantly, the newest tweet from Roy Taylor gave us a better look at the graphics card which is most definitely air-cooled. According to a report from Videocardz.com, should not be much bigger than the Radeon R9 380X. Earlier leaked pictures of the Fury X2 PCB also showed a shorter graphics card so this might be the real deal. Surprisingly, it appears that AMD managed to air-cool both the GPUs with a larger blower-style fan.

AMD has previously delayed the launch of its next-gen dual-GPU flagship graphics card and it is currently scheduled to launch sometime in Q2 this year, just in time for users to pair it up with upcoming VR headsets from HTC and Oculus. 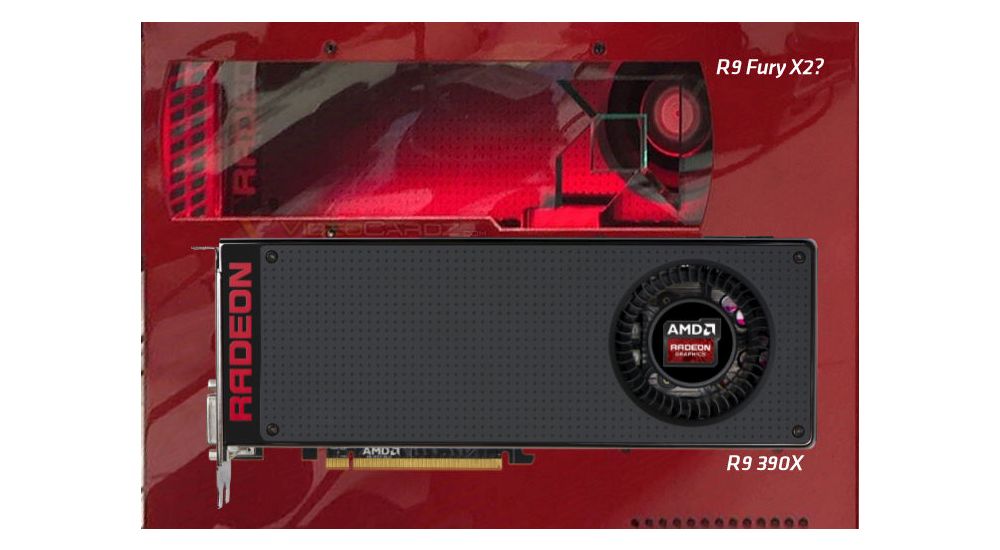 Rate this item
(14 votes)
Tagged under
More in this category: « AMD Dooms Nvidia in benchmarks AMD to push for external GPUs again »
back to top