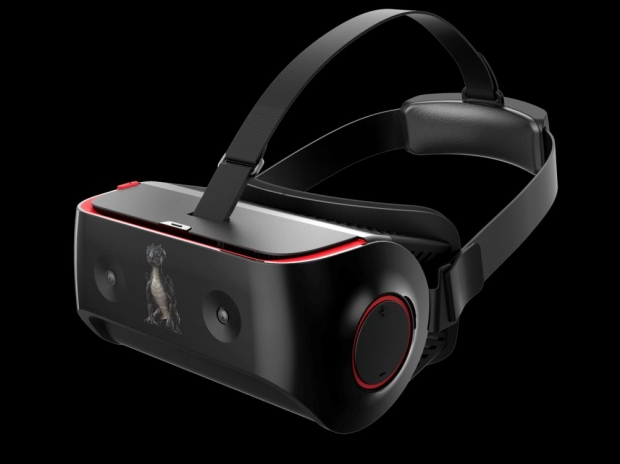 All integrated Snapdragon 820 in VR headset

Fudzilla had a chance to play with first all integrated Snapdragon VR820 HMD, a head mounted display that is one step ahead of the Galaxy VR or other slot in phone HBM solutions.

We saw the first demos of the prototype called the Snapdragon VR820 and had a chance to hear this new VR device first hand from Hugo Swart, a Senior Director of Qualcomm's IoE-consumer electronics and Jim Merrick, Marketing Director, Internet of Things at Qualcomm.

The Snapdragon VR820 SoC is totally integrated into the headset. The prototypes we saw and tried were in both white and black but it was pointed out to us that  customers will decide about the final form factor and design of the product. Qualcomm is just showing what many call "proof of concept", a device that can be turned into an actual product by a partner. 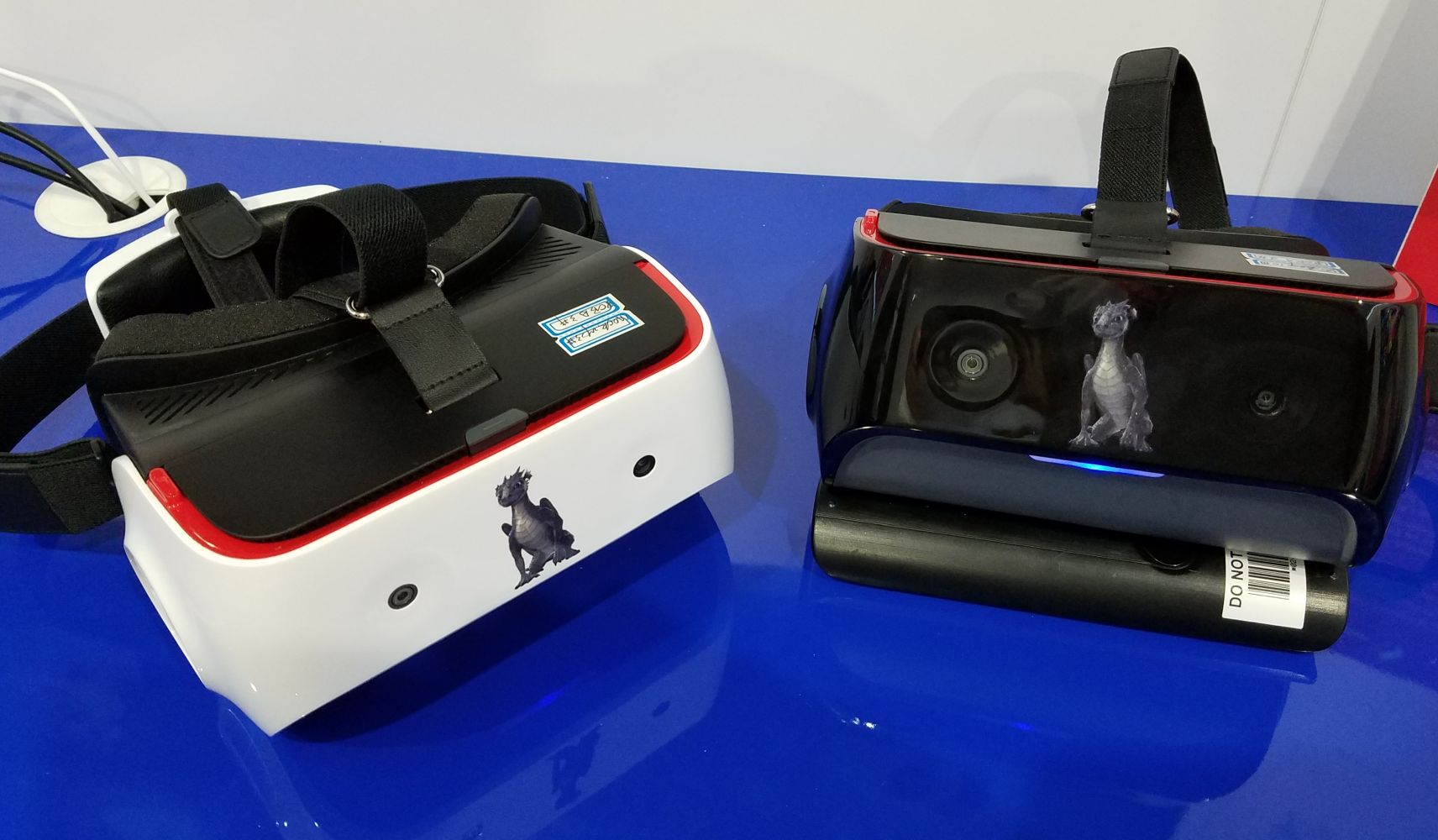 The prototype has been developed by Goertek, a leading global ODM and apart from the Snapdragon VR820 the headset features two eye tracking cameras, dual front facing cameras for six degrees of freedom (6DOF) and see-through applications, four microphones, gyro, accelerometer, and magnetometer sensors. All this, including a battery, is integrated in rather nifty design.

We were wondering at first why the reference platform had a weight at the back or the strap but it all became clear when we had the device on our head. Qualcomm engineers realised that the counter weight would make it comfortable to wear.

Another important thing is that the device comes with a heatsink, something that we haven’t seen on a phone. The heatsink will make a difference as with HMD and using the headset for VR, you would have to get higher performance of the Snapdragon VR820 for a longer period of time.

The way the standard mobile phone chip works, is it gets to the highest possible clock for a split second, e.g. when you launch an application, and it tends to return to idle – low power mode as soon as possible, all this to save the battery life. With a Head Mounted VR Device, you would need the SoC to perform consistently at higher performance and the heatsink is there to help.

You might have read about the Pokemon draining batteries faster than anything, as your display is always on, your camera is working and this is roughly the worst case scenario for a phone as it consumes maximum energy. HMDs like VR820 will do a better job compared to a phone slot as they would have provide a more optimized platform for a dedicated task. 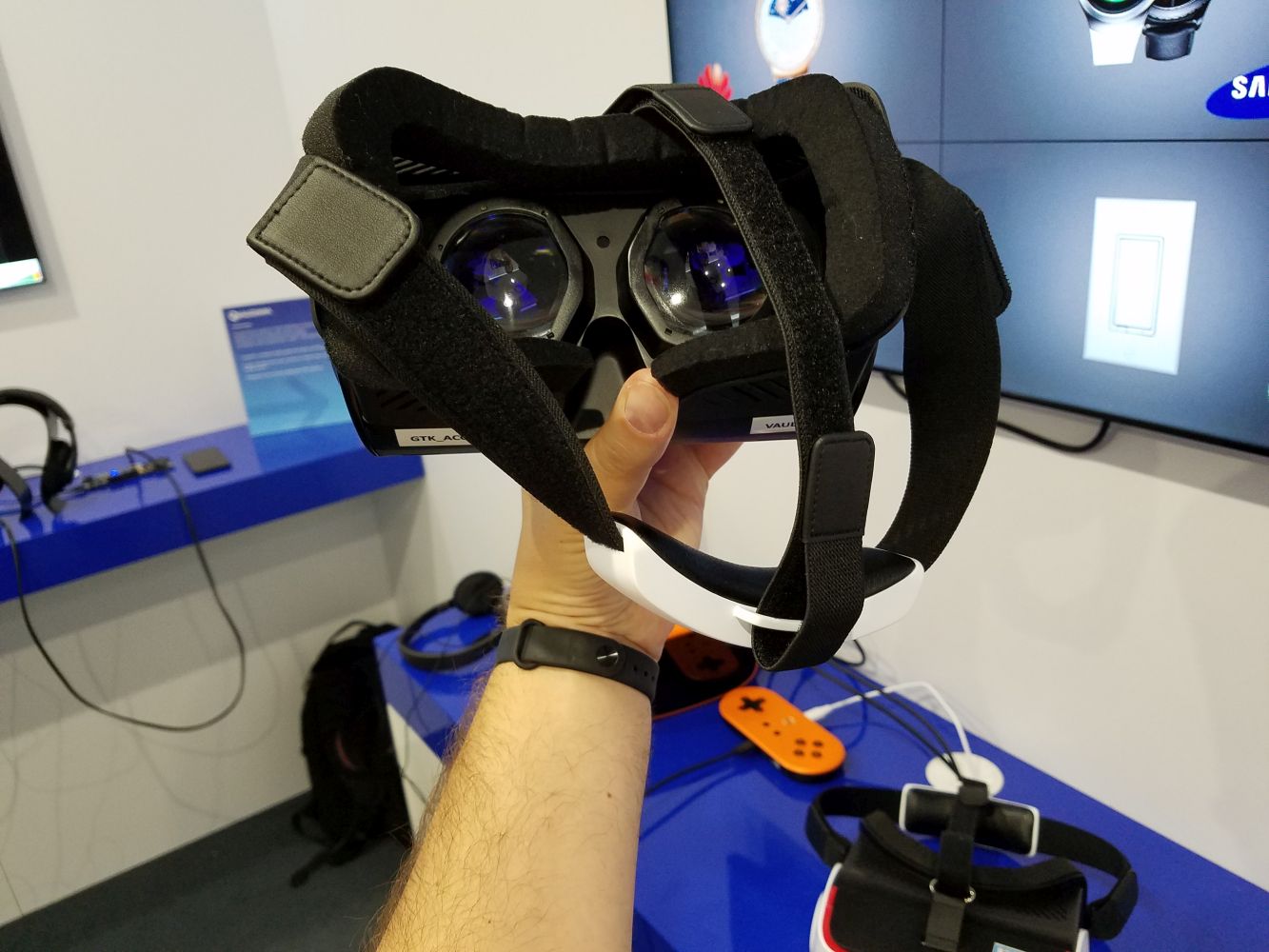 Qualcomm uses a 1440x1440 resolution per eye AMOLED panel that supports up to 70Hz. Since this is a prototype  and Goertek decided to use the 70Hz displays but of course the final products will  focus on using  90Hz or higher displays. Despite the 70 Hz, a few demos we saw were looking good.

The Adreno 530 has been made with VR in mind and Tim Leland, Vice President of Product Management at Qualcomm, and a key guy for Adreno pointed out to Fudzilla that Adreno 530 was optimized for VR and technologies such as Daydream.

Since intuitive interaction is a very important part of building a successful VR device, Qualcomm uses a Dual Qualcomm Spectra camera ISPs combined with the Qualcomm Hexagon DSP for advanced vision features such as look-through imaging and 3D reconstruction, eye-tracking and hand predictive monocular visual motion tracking with full 6Degrees Of Freedom at 800Hz for smooth tracking of head motion in movement as well as rotation and ultra-fast sensing, processing with average motion to photon latency under 18ms. 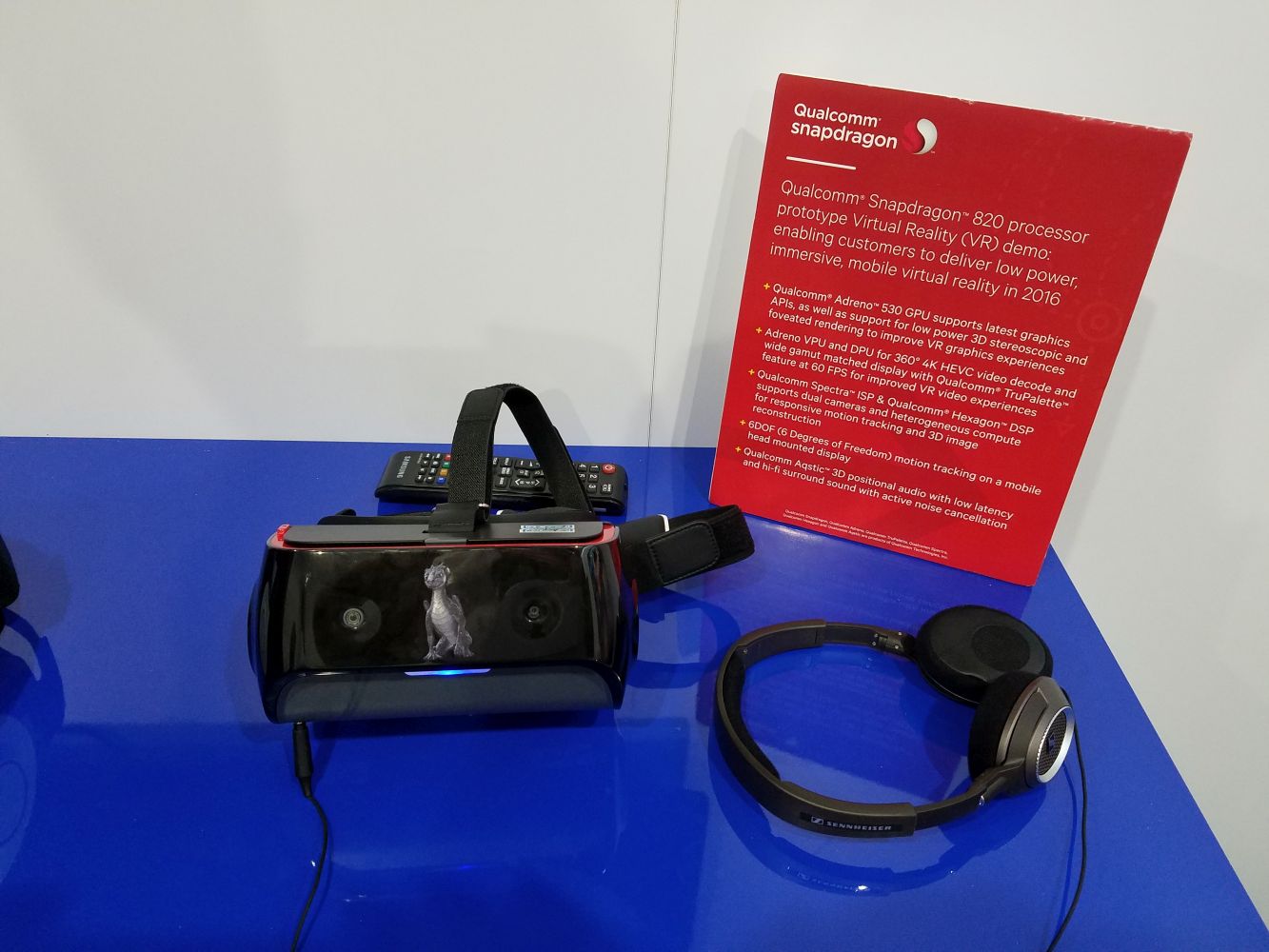 Bear in mind that Qualcomm has announced the VR Software Development kit and of course after  the Snapdragon 820, the company plans to launch a 10nm even more powerful Snapdragon 830, featuring  an even faster GPU.

The Snapdragon VR820 should be available in Q4 2016 with the first commercial devices based on the platform expected to be available shortly afterwards.