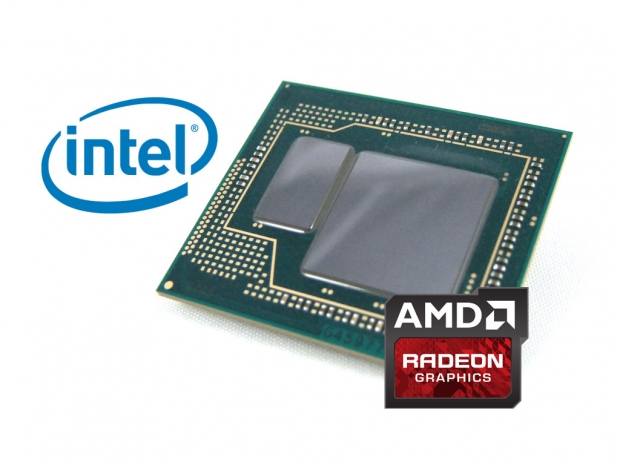 Although the information is scarce and there is certainly no confirmation from either Intel or AMD, the rumor is that these two companies have signed a licensing deal that should put AMD GPU in future Intel CPUs.

The rumor was started by Kyle Bennett, Editor-in-Chief at HardOCP, who is not known for posting information without something to back it up. HardOCP Forums, said that "The licensing deal between AMD and Intel is signed and done for putting AMD GPU tech into Intel’s iGPU. Intel in no way wants this to be public."

This is a big surprise since AMD and Intel are always competing for the CPU market. AMD has done similar licensing deals before, with the latest being for x86 IP signed with THATIC (Tianjin Haiguang Advanced Technology Investment Co., Ltd), a Chinese joint venture that will build SoC for the Chinese server market and with a total value of US $293 million.

Intel and AMD are tied with Intel with x86 patent agreements so, if this rumor is true, it won't be anything new. Intel has been struggling to create a decent iGPU so it would make sense for Intel to make such a deal with AMD.

Intel has been in trouble with Nvidia for infringing some of its GPU patents, which ended with a settlement in 2011 where Nvidia got US $1.5 billion over six years and access to some Intel microprocessors patents but also left it without a DMI/QPI bus and x86 license. A deal with AMD could probably solve Intel problems in that part of the market too.

Unfortunately, it is highly unlikely that either company will confirm this rumor but we guess that the cat will be out of the bag eventually, at least as soon as we get a better look at Intel's future CPUs that could end up with AMD Radeon IGP.

In any case, it is a rather neat rumor to start the day.

Last modified on 07 December 2016
Rate this item
(15 votes)
Tagged under
More in this category: « Nvidia to release an updated GTX 1060 AMD releases Radeon Software Crimson ReLive drivers »
back to top