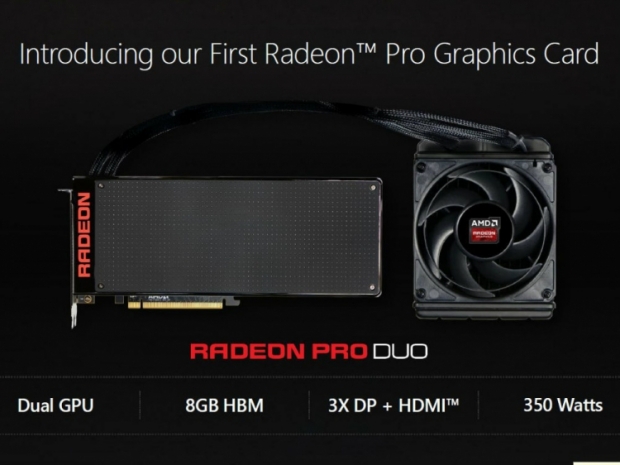 It appears that AMD's Radeon Pro Duo, based on two Fiji GPUs and 4GB of HBM1 per GPU, is the first victim of the upcoming Vega GPU architecture as it has seen a massive price cut pushing it from US $1499 down to US $799.

Spotted by Tweaktown.com, the Radeon Pro Duo was available at Newegg.com but it is currently out of stock, so it is possible that it will show up again. Back when it was launched almost a year ago, the Radeon Pro Duo was marketed as the perfect graphics card for both 4K gaming and professional content creation, packing 16 TFLOPs of single-precision compute performance with two Fiji GPUs.

At US $799, there isn't a lot of choices as you could get either Radeon R9 Fury X or a heavily overclocked Geforce GTX 1080, so Radeon Pro Duo seems like a really good option.

AMD is obviously clearing its stock for the impending launch of its Vega GPU architecture, suggesting that we might see a similar Pro-branded graphics card packing the new Vega GPU as well. 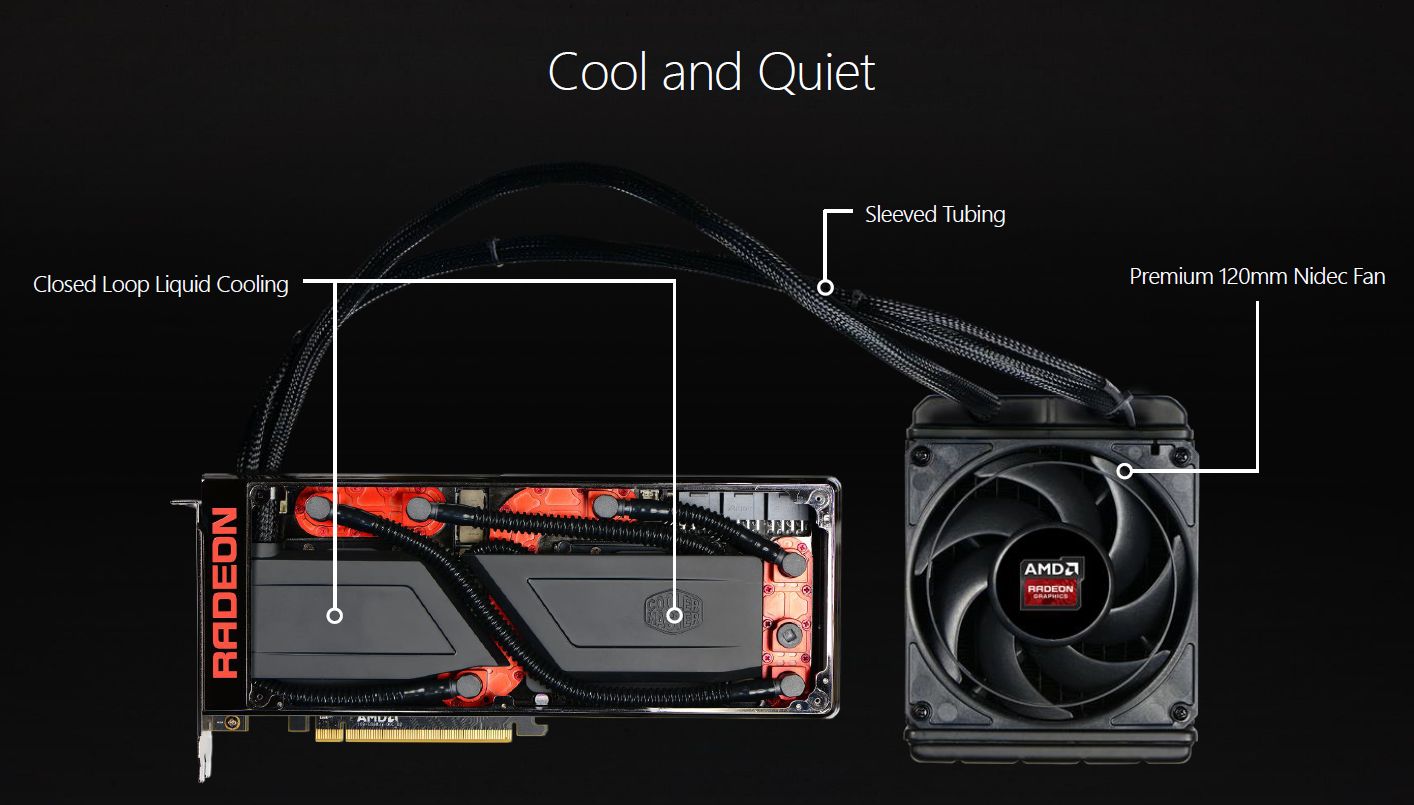 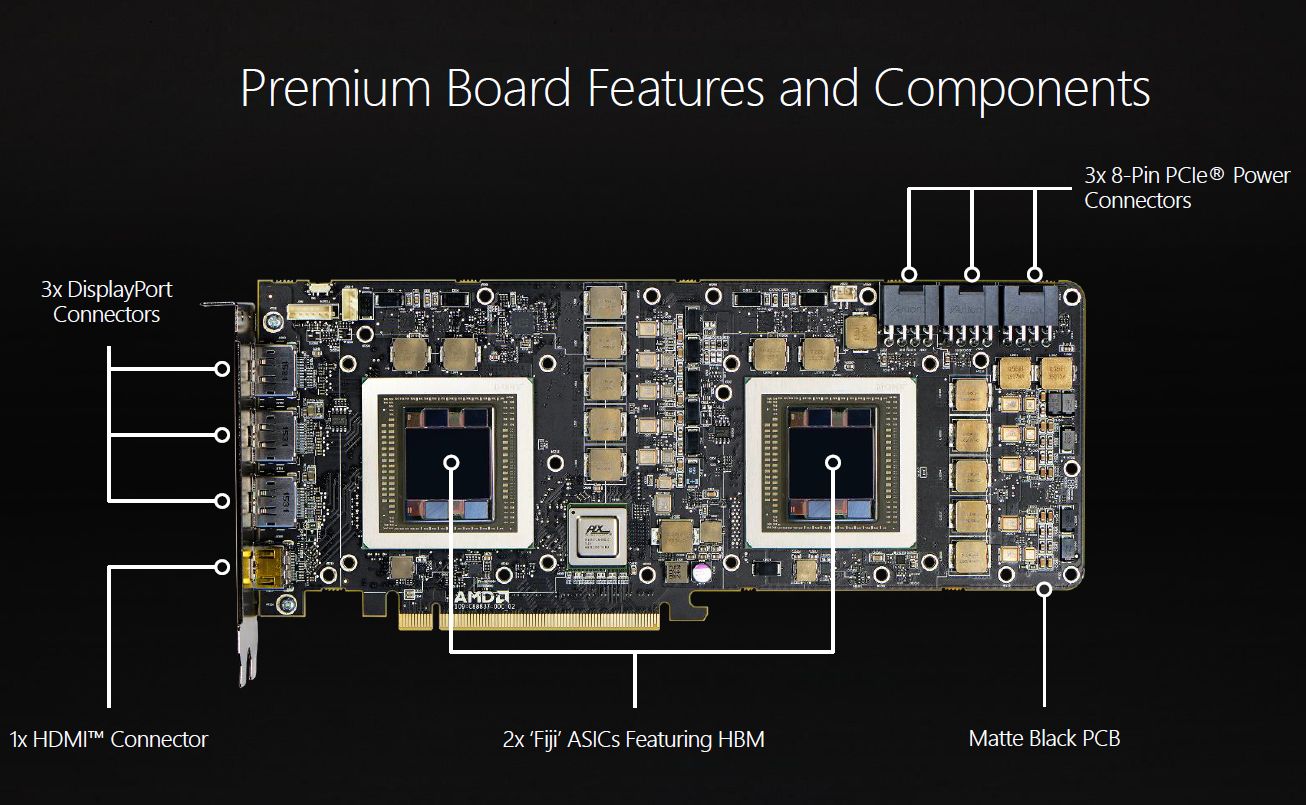 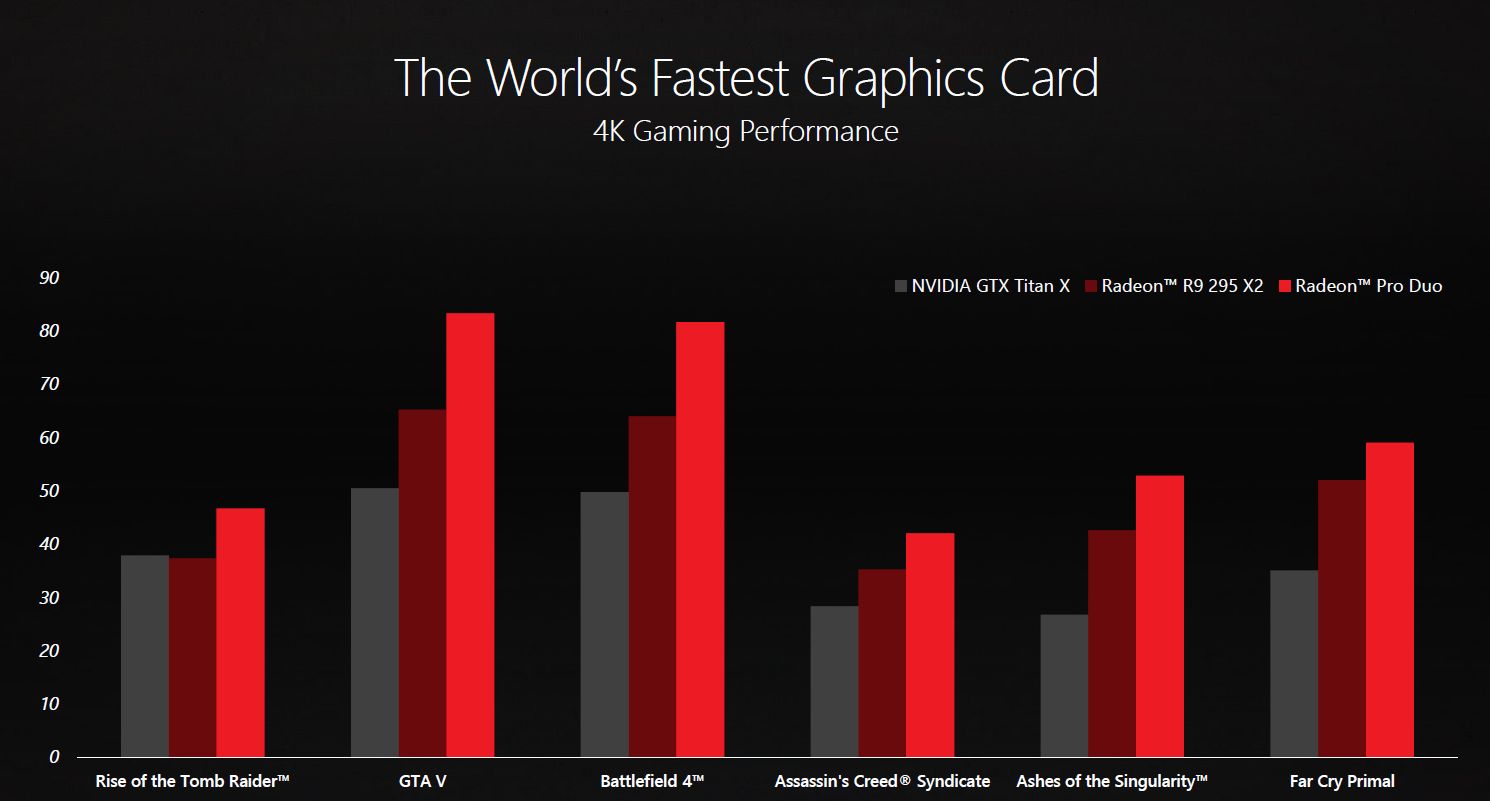