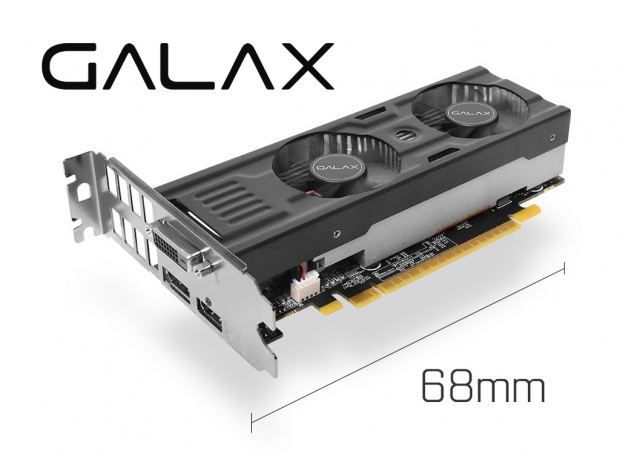 Galax has unveiled its new low-profile GTX 1050 series graphics cards, the GTX 1050 OC and the GTX 1050 Ti OC, which should appeal to HTPC and SFF owners, packing a decent amount of graphics power in a dual-slot low-profile form-factor.

While some Nvidia partners decided to go for a standard single fan cooler, Galax decided to equip its low-profile GTX 1050 series with a rather hefty heatsink and two fans. Since both the GTX 1050 and GTX 1050 Ti do not need additional power, other than the PCIe slot, it makes them perfect for HTPC and SFF systems.

Both cards usually come with either 2GB or 4GB of GDDR5 memory with a 128-bit memory interface.

According to Galax, these should be coming to the market soon. 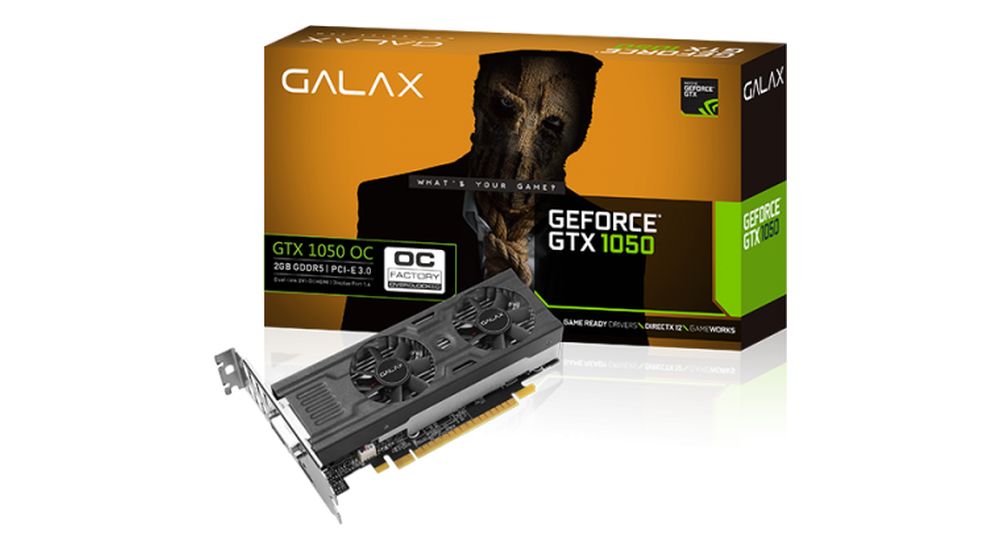 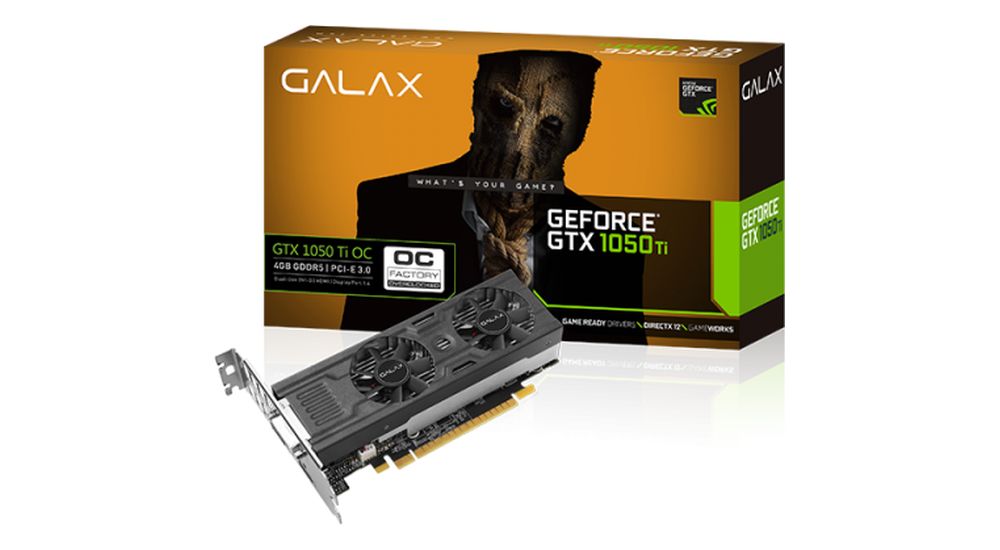 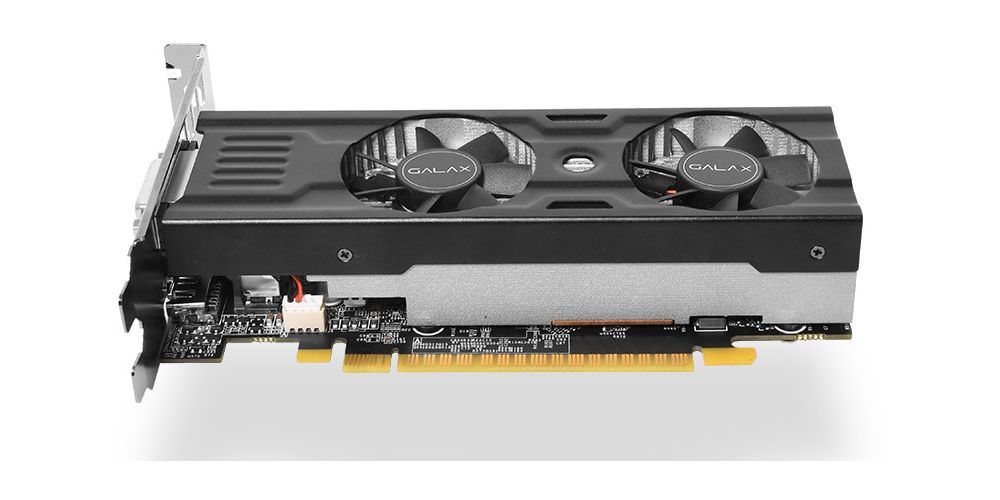 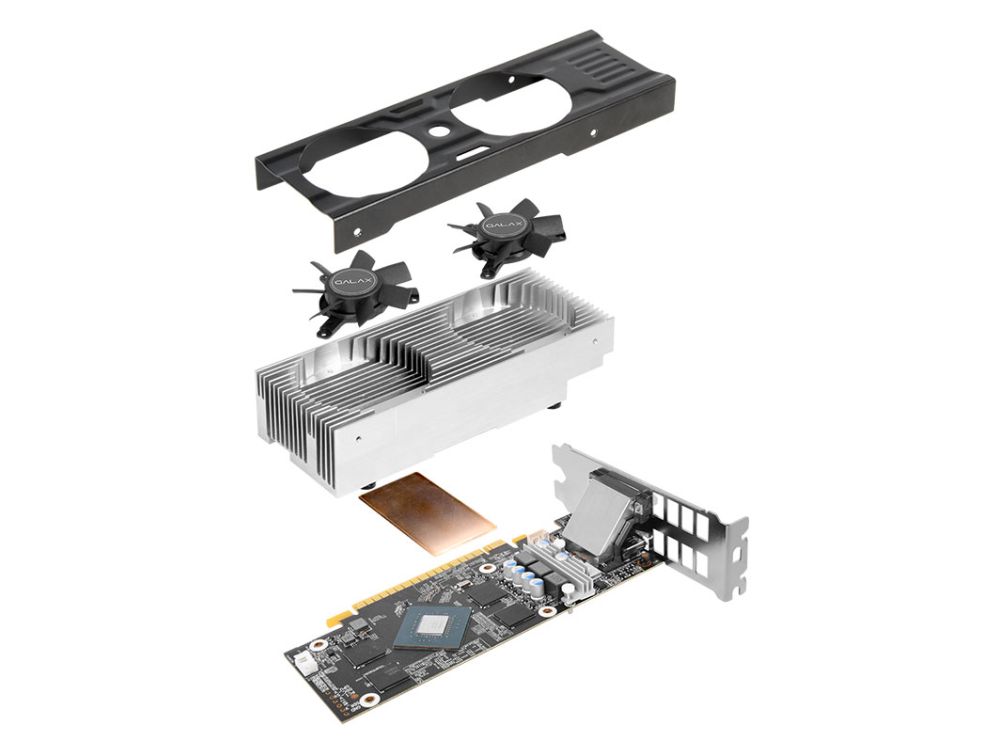