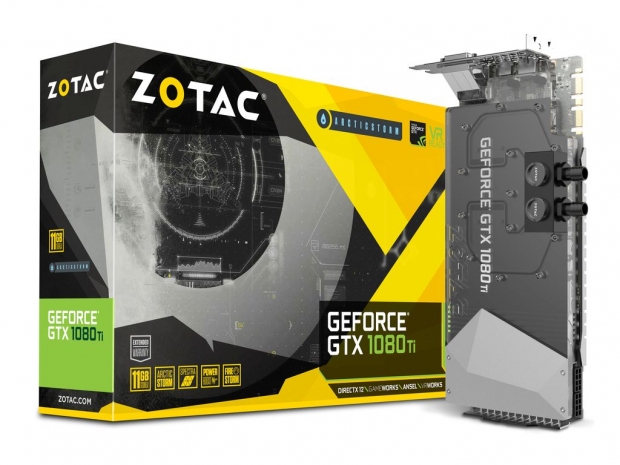 With a fancy liquid cooling block

While it does not include an all-in-one liquid cooling system, with pump radiator and all other bells and whistles, it does come with a fancy new liquid cooling block with a Spectra RGB lighting system.

It  also features a custom PCB with 16+2-phase VRM, which draws power from two 8-pin PCIe power connectors, which is mostly the reason why it ended up with a decent 1506MHz GPU base and 1620MHz GPU Boost clocks. The 11GB of GDDR5X memory was left at reference 11GHz but we are quite sure that both GPU and memory could be pushed further with such power design and when the block is connected to a good liquid cooling system.

The Zotac GTX 1080 Ti ArcticStorm graphics card was originally spotted by Videocardz.com, but it is also gone up at Zotac's product page, showing that the block uses standard G1/4" threaded fittings and 0.3mm micro-channels with direct contact copper cold plate. In addition to the liquid cooling block, it also comes with a metal wraparound backplate.

Unfortunately, the price was not mentioned anywhere but we managed to spot it listed in Europe for a cool €1000, which is about €250-300 over the price of a reference GTX 1080 Ti Founders Edition or some other versions. 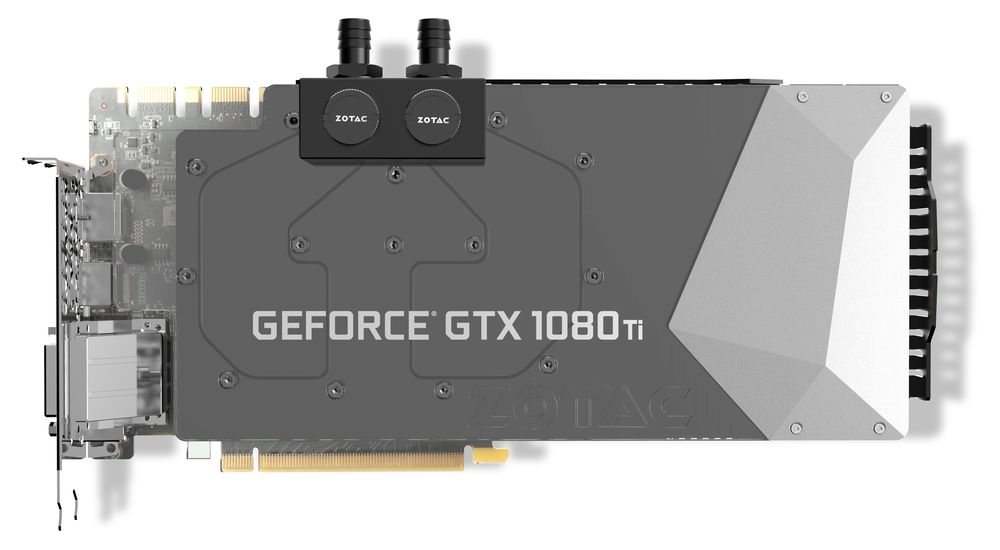 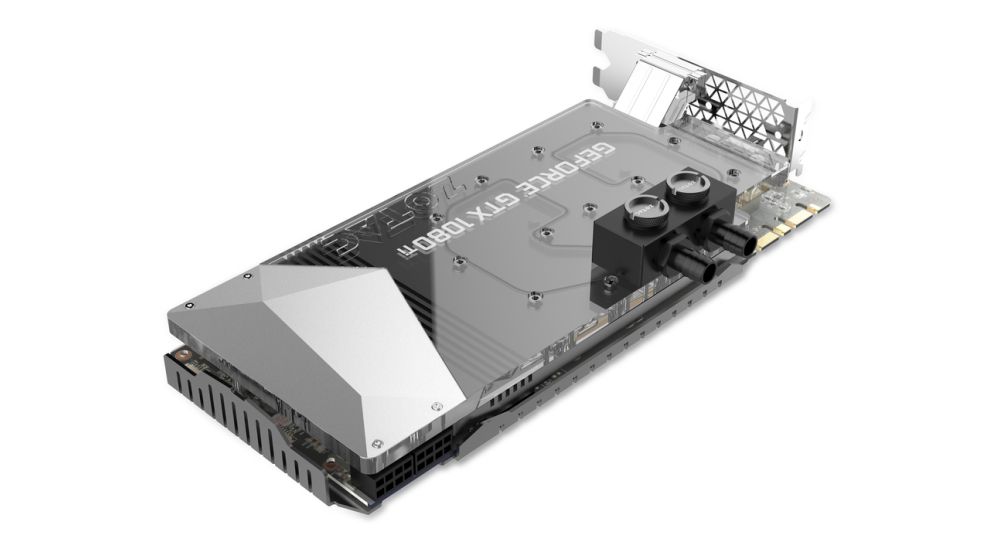 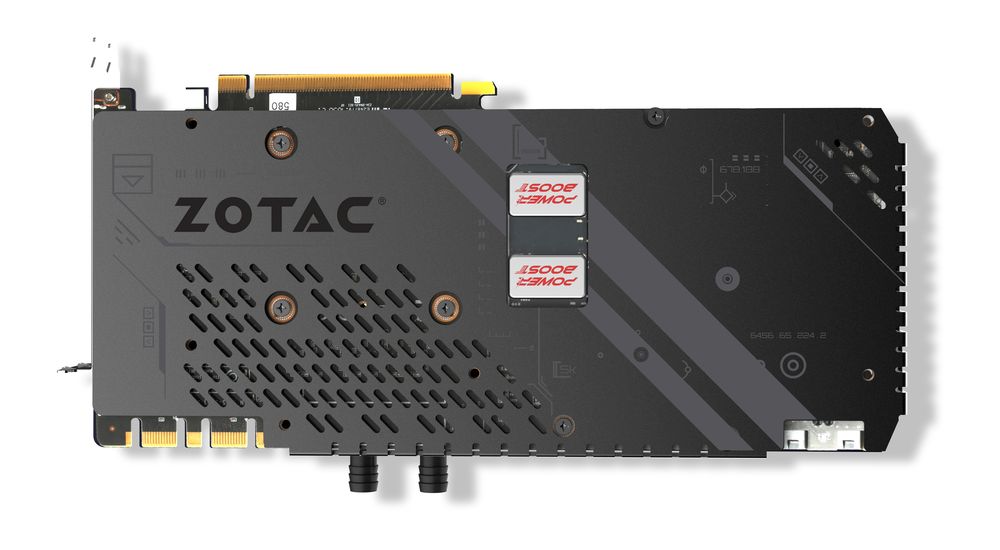 Last modified on 13 May 2017
Rate this item
(0 votes)
Tagged under
More in this category: « Nvidia announces Tesla V100 Volta Intel is licensing AMD's graphics »
back to top