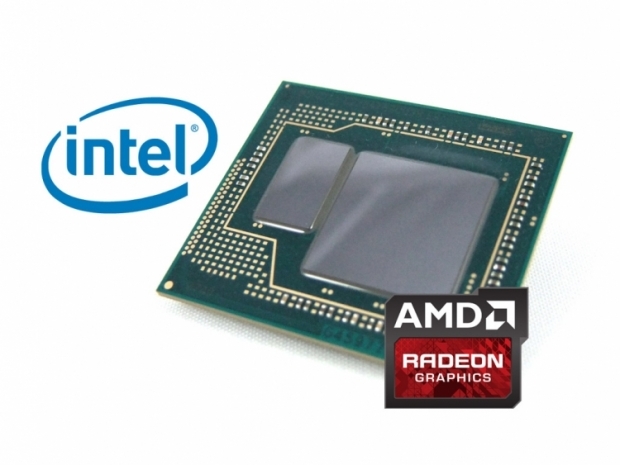 We can now confirm the rumours that Intel has given up on Nvidia because it has written a cheque to license AMD's graphics.

It looks like veteran GPU editor Kyle Bennet was right when he first reported the rumor, however wild it sounded. We didn't contemplate it but wrote about it  several times. Intel needs a GPU licence and the Nvidia – Intel licensing agreement ended on March 17 2017, so Intel doesn’t have a licensc. It is more likely that Intel has a licencee from AMD but neither company has officially announced it.

Apple is licensing GPU tech from Imagination Technologies at least for the next eighteen to twenty four months until it gets its own. Samsung, MediaTek use ARM or Imagination Graphics IP but even without these two have good desktop / notebook graphics. Qualcomm acquired a huge set of IP from ATI when it was known as Imagion, and was the foundation for the Adreno today.

If you are in Intel’s shoes,there are two options, Nvidia or AMD. We know that Nvidia sued Intel and forced it into a settlement and now that the shotgun wedding is over, Intel wants out. Nvidia and Intel had many  disagreements over the Nforce chipset and the licensing, that resulted with $1.5 Billion settlement that Intel agreed to pay for five years. It does tend to sour a marriage somewhat if you go to court BEFORE the honeymoon, or indeed the marriage. Or the copulation - oh sorry we didn't mean to menion sex.

AMD  needs money and licensing is a healthy revenue stream that will keep it going for numerous quarters. The licensing money usually positively affects gross margins, again something that AMD desperately needs to improve.

Raja Koduri, Senior Vice President and Chief Architect, Radeon Technologies Group worked at Apple and worked closely with Intel too. He probably played an important role in these negotiations.

It remains to be seen when it will be formally announced and when it will start affecting AMD’s bottom line. The cooperation and agreement will allow Intel to access AMD’s graphics Intellectual Properties and most things Radeonish.

AMD will  weaken its position to fight Intel on in the integrated solutions, but licensing money should help overcome that issue. Despite that fact that these companies  compete, they are close when it comes to graphics.

Of course, when we came to know the existence of the deal, we will dig much harder  to get the many more details about potential new products and if the Radeon will get inside of the future Intel CPUs. Intel takes a lot of time to implement a new architecture.

Last modified on 15 May 2017
Rate this item
(0 votes)
Tagged under
More in this category: « Zotac unveils GTX 1080 Ti ArcticStorm AMD to announce Vega tonight »
back to top