AMD Vega helped launched Nvidia to be a $100 billion company 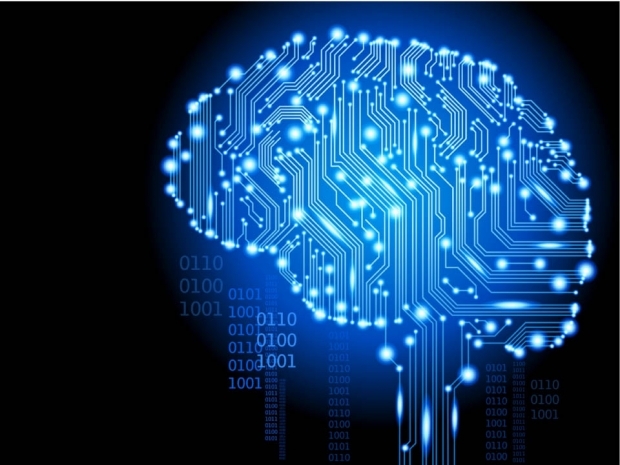 Nvidia stock hike is much more than just gaming, mining and graphics. It is all about the future, and Nvidia has a path in the right direction. Actually the $100 billion journey started on June 23, 2007.

Kids born today won't need to pass the driver’s license test as they will have the cars to drive them. Nvidia is currently leading the game, being deployed in thousands of Teslas and others like Volvo will follow. Intel has a shot with Mobile Eye too, but needs to figure out the compute part behind the Mobile Eye camera powered features and technology.

Once it has completed the acquisition of European automotive giant NXP, Qualcomm will be there in the fight and now it looks like that these three companies will compete for  supremacy in the hardware / software side of the automotive market. Google will certainly play a big role too. These are the big four to look in AI and the automotive market.

AI  is training the robot near you

Again, this is not why Nvidia jumped to over $100 billion. It is Artificial Intelligence and Machine learning that got Nvidia this far. Nvidia has an SDK that can train a Robot called Isaac and make the future robots much smarter. It can make thousands of Isaac robots, let them play golf and combinine their learning experience.

Artificial Intelligence will help training and inferencing in automotive, robotics, smart cities and healthcare. Nvidia in 2017 is helping to cure cancer, making your car with self driving capabilities, improving overall driver safety and making our cities smarter. The smart city will be able to make sense out of the billion pictures made in a modern city, of course analyzing it at the edge of the cloud via Artificial Intelligence. 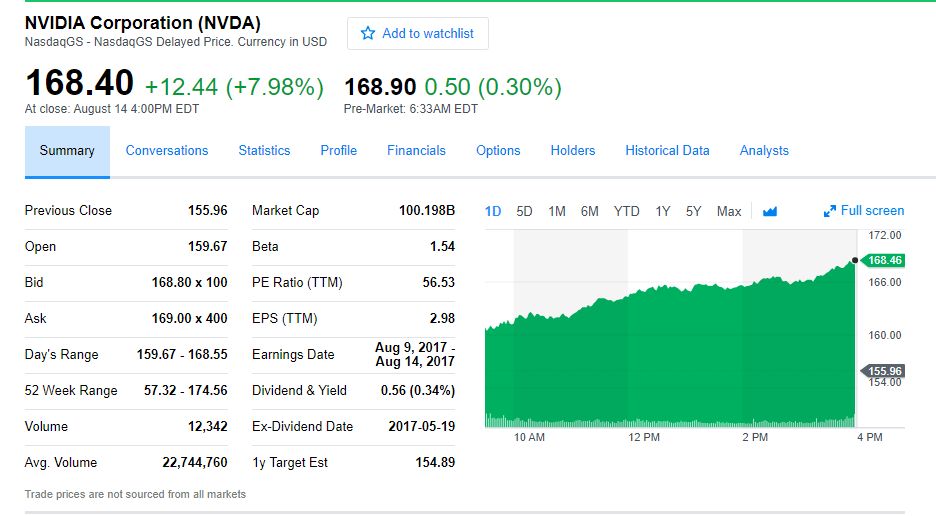 It is all that, plus the gaming that Nvidia is doing exceptionally well. With Quadro professional graphics it lets Hollywood make most of the blockbusters and helps anyone that needs  visualization. From product design, to photography, Nvidiahas a lot of Quadro based solutions to fit the needs of most of its clients. At the same time, it can even do 8K video editing. VR is becoming a thing and Nvidia is heavily investing in this area too.

There have been some major bumps on the road, including Tegra mobile phone business and Icea LTE modem acquisition, but Nvidia doesn’t want to play in a market where it cannot make enough money and margins.

Wall Street is finally understanding that Nvidia is much more than pixels, they are now making pixels smart, not just drawing them.

How did Nvidia get here?

One can look at Jen Hsun Huang and Chris Malachowsky pathing the way  to a $100 billion dollar business, powered with some of the best people in the industry.

Back in 1993, Jensen, Chris and Curtis Priem, wanted to draw pixels as fast as they could. That was level one. Later they realized it is not just the gaming market, there is a professional graphics market.

The third level was the mobile GPU that went into laptops as Nvidia realized people wanted to walk around and show off their transportable PC – aka laptop. The fourth level was nForce motherboards, before Intel pushed Nvidia out of this business. Next came the Tegra and mobile market, a tough one.

The sixth level, and the turning point, was when Nvidia realized that you can run programs ona  GPU much faster than a traditional server making a big thing out of GPGPU in 2008.

Cuda was the right investment

The big date that enabled Nvidia to get to $100 billion was on June 23, 2007 a little more than 10 years ago when Nvidia launched Cuda. This changed and enabled everything that excites investors, it enabled AI, machine learning, robot training, smart drones, smart cities, automotive and healthcare,

Nvidia has an army of great people who helped the stock to get where it is. Let me mention at least a few big leaders who helped  Nvidia reach $100 billion. Jeff Fisher, EVP and all things Geforce man, Bob Pette, Vice President of Professional Visualization at Nvidia, Jay Puri EVP of Worldwide Field Operations (sales), Dwight Diercks, SVP Software Engineering at Nvidia who supervises all software development, Bill Dally, Nvidia's chief scientist, Jonah M. Alben, SVP of GPU Engineering who helped tens of thousands of engineers make Nvidia GPUs and Rob Csongor, Vice President, General Manager, Automotive at Nvidia.The list is enormous and Fudzilla has only listed people we met or interacted with.  It goes without saying that Nvidia's charismatic CEO Jensen Huang as well Chris Malachowsky co-founder are in the list too. Noting everyone lthat helped getting Nvidia to where it is would be a very long list.

And before we let you guys go, the fact that Vega 64 is slower than Nvidia’s Geforce GTX 1080 TI definitely helped getting the stock and market cap where it is. Nvidia launched its GPU six months ago and it is still faster than the best that AMD has to offer in 2017. Vega 64 can match the performance of  a 15 month old Geforce GTX 1080, a very important milestone for AMD, but not enough to dethrone Nvidia. Vega 56 competes great against the Geforce 1070, but Nvidia can fix this with a new SKU or a price drop, if not both.

The future of Nvidia is strong gaming, professional graphics, mobile graphics and all things GPU but heavily on automotive, AI, machine learning, robotics and future. Bear in mind that I first met with Nvidia executives back in 2000 and met Jensen back in 2002. That  is a lot of Geforce launches away.