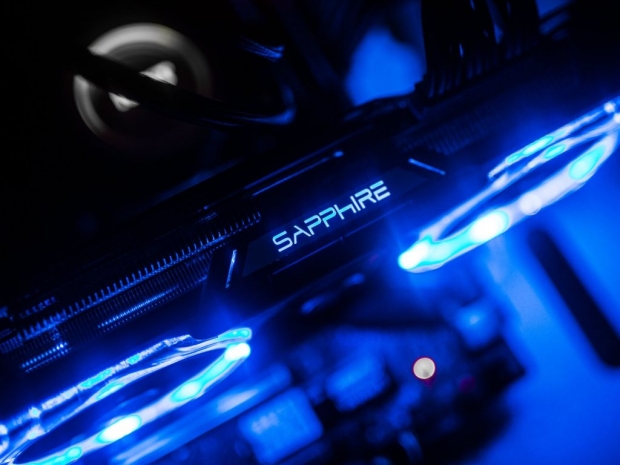 Sapphire is gearing up to release its first custom RX Vega 64 graphics cards and the Nitro+ version has now been pictured from two different sources.

Adrian Thompson, Global Vice President of Marketing at Sapphire, has posted a neat picture teaser on Twitter, showing the new RX Vega 64 Nitro+ graphics card and its blue LED fans in action. While there are no precise details, it appears that this custom version should launch soon.

In addition to Sapphire's Adrian Thompson, the same graphics card was also pictured on Twitter by Andreas Schilling, Editor at Hardwareluxx.de, which means that some reviewers are already testing the card. 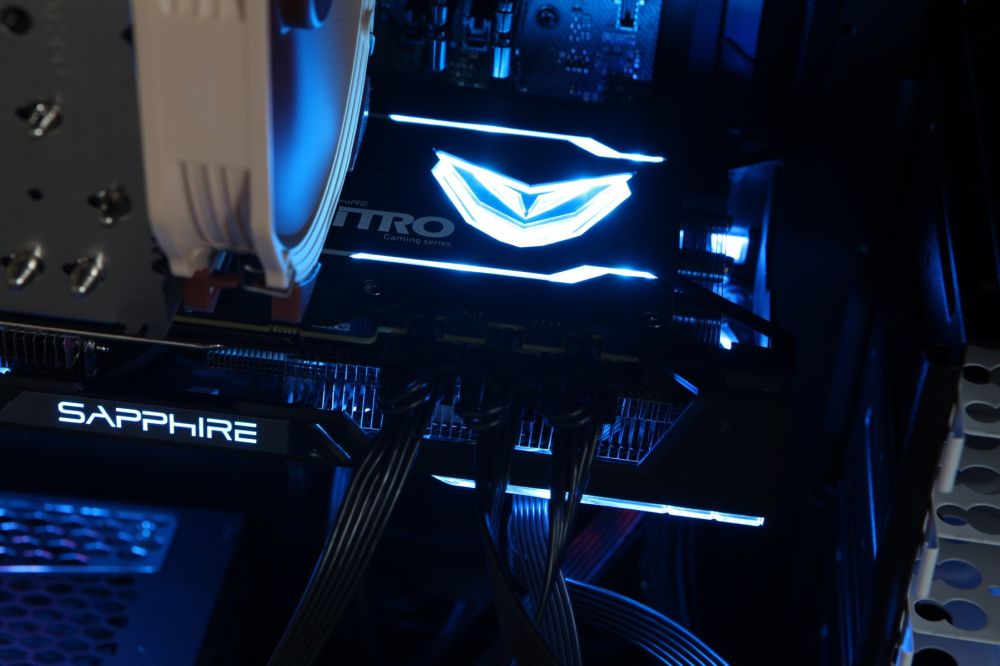 As far as we can see from those pictures, the Sapphire RX Vega 64 Nitro+ uses three fans and comes with blue LED rings around two of those fans as well as a LED logo on the backplate. It also needs three 8-pin PCIe power connectors, so hopefully, there will be more room for overclocking.

We expect Sapphire to announce its custom RX Vega 64 Nitro+ pretty soon and it will be interesting to see how far did they manage to push the factory-overclock. Of course, we are looking forward to some of those reviews as well.

Last modified on 12 December 2017
Rate this item
(0 votes)
Tagged under
More in this category: « Intel might be preparing to off Nvidia AMD officially launches Radeon Software Adrenalin Edition »
back to top